You mentioned talking with Whit Ellsworth. Over the years did you have a lot of interaction with writers?

No, absolutely not. My relationship in comics was with the editor. I worked with Julie Schwartz for 45 years. He was a tough guy to work with but he was fair. We became very good friends right to the end. He was a tough editor. You tell him you’re going to deliver and if you didn’t deliver, you were finished. One time he said he could set his clock on me because I was never late. The one time I knew I was going to be late was when my dad passed away, but I alerted Julie and Julie understood.

So you would work more with Julie Schwartz and Mort Weisinger than the writers.

Oh god, Mort Weisinger. [laughs] He may have been a very talented writer but it was not easy working with Mort Weisinger. I quit the Batman strip twice after he offered it to me. For Mort it was a feather in his cap if he could go to DC and say, I got Joe to do the strip for only X amount of dollars. I would have been making less than I did in the comics – and I had to do carpentry work to make a living at the time. At that time doing a syndicated strip was the pinnacle for an artist. I really wanted to do it, but not on his terms.

The other person people ask me about is Carmine. He’s the one I collaborated with on The Flash and a few other characters. Carmine was an excellent – and underline excellent – layout man. His style was to draw this way and his concentration was on the layouts. That’s what he excelled at.

Glynnis Fawkes is here with the fifth and final day of her tenure creating our Cartoonist's Diary.

And finally, we also have a Tegan O'Neil's review of Corto Maltese: Secret Rose.

The Secret Rose should probably not be anyone’s first exposure to Hugo Pratt. This is later Pratt at his most esoteric, clogged to the arteries with ambiguous literary references masquerading as pointedly elliptical conversation. A gripping mens’ adventure yarn in the mood of Caniff? Certainly not! A trip to visit Herman Hesse in the Swiss countryside of 1924, that sounds more the ticket. At times, this album seems to live down to certain stereotypes held in English-speaking precincts regarding Eurocomics conventions - behold a tough guy stereotype from American adventure stories, your cowboy or your back robber or sea captain, sipping his drink at the bar before slipping out with the shadows to desultorily sock some local toughs on the jaw. But first he’s got some wry comments to make about Malraux, and doesn’t that woman have large breasts in the most literary way?

You can see the traces of early and consistent Caniff worship in Pratt’s faces, horizontal smears of ink to indicate mouths. Corto Maltese is always smiling but it’s a feline smile, the corners of the line of his mouth just barely creased. The smallest flick of the artist’s wrist. The present volume offers less of Corto Maltese socking local toughs and more an extended dream sequence wherein the protagonist undertakes a quest for the Holy Grail after falling asleep reading a copy of Wolfram von Eschenbach’s thirteenth century romance Parzifal. As one does. He wanders through a dream landscape inspired by certain American movies that hadn’t been produced yet in 1924, such as King King. More importantly he wanders into long and subtle dialogue with figures from medieval illustrations. The subject of these deliberations for much of the colloquy is a figure named Klingsor, a marginal figure in Arthuriana who serves as a foil for Parzifal, but who is also alluded to in Hesse’s “Klingsor’s Last Summer.”

—News. DragonCon co-founder Ed Kramer has been jailed again, after being arrested for allegedly taking photographs of a young boy at a doctor's office.

Kramer pleaded guilty to three counts of child molestation in 2013 and was sentenced to an aggregate of 20 years, with the first five to be served in home confinement. He is no longer on house arrest, but still wears an ankle monitor.

On his Facebook page, cartoonist Milton Knight has reported being the victim of a hate crime.

The cops came. I went to the hospital. Cuts, a broken nose and more. He went to the same hospital; he had busted a fist!! I pressed charges; he went to jail for battery.

While other masterpieces of the first half of the twentieth century comics page, like George Herriman’s Krazy Kat or Winsor McKay’s Little Nemo are definitely acquired tastes, Popeye was not only popular enough to make its creator a rich man back in the day, it remains functional as populist entertainment today. I feel pretty “what’s not to like?” about it, and would recommend it to whoever. It’s funny, the characters are good, there’s adventures. The humor is three quarters sitcom style character work and one quarter the sort of silliness that verges on absurdism. 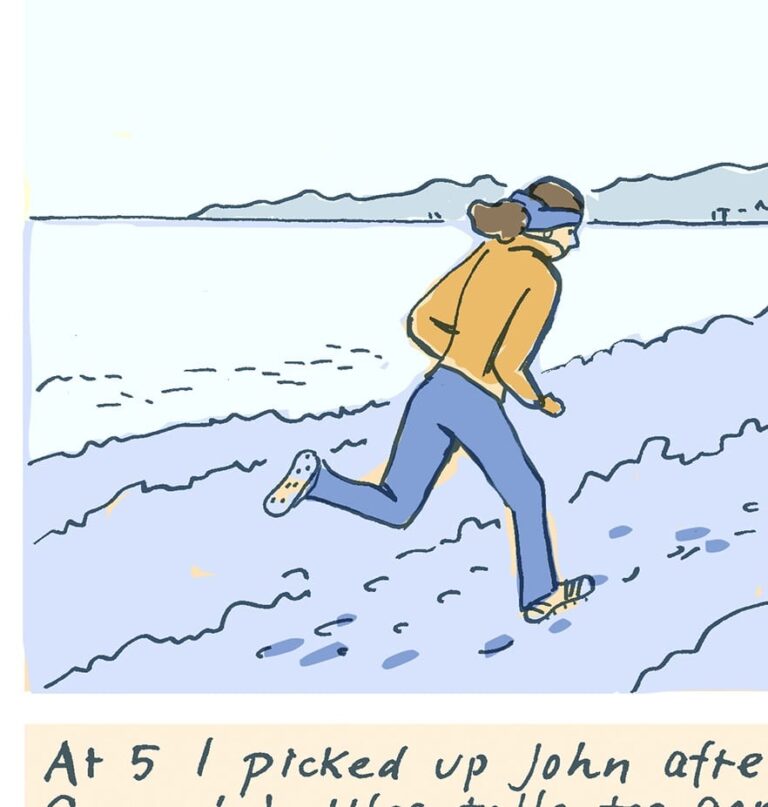 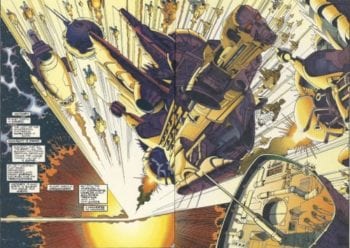 ED-CMYK: A Survey of RoboCop in Comics (Part One)