The weekend beckons but before it comes, prepare by reading Alex Dueben's interview with Timothy Truman, who has revived one of his signature 1980s titles, Scout.

At the time, the book was my response to a lot of things that were going on politically and environmentally. We were in the middle of the Cold War and everyone seemed to be afraid of atomic bombs falling any minute and I just came up with the idea that there were other things to worry about beyond atomic bombs. Scout’s world is an America that’s fallen into a state of collapse, not due to outside forces but due to inside forces. I’ve always been a fan of Native American culture and history and I’d been reading a lot about traditional Apache religion and lifestyle and the more I started thinking about it, it seemed to me the only one that would be equipped to survive in this world that I was concocting would be an Apache traditionalist. Not just a Native American traditionalist, but an Apache traditionalist. Anyway, that was the genesis of the story.

Now in 2018 the idea of an environmentally ruined America that’s collapsed in on itself doesn’t seem quite so outlandish and crazy. [laughs]

How far we’ve come since the 1980s! [laughs] That’s what I mean. It was the time to resurrect the concept. In the follow-up series Scout: War Shaman, which was set fifteen years after the events chronicled in Scout, Santana gained two companions, his two young sons Victorio and Tahzey. That presented a new spin on the story. Scout didn’t have just himself to worry about. He had to do what he could to protect his two boys and be a good father to them as they roamed across this barren, ravaged landscape. At the end of War Shaman, Scout was ambushed and killed by government troops. However, Victorio and Tahzey were left alive. The oldest, Tahzey is rescued by one of Scout’s allies, a militant fundamentalist minister. However, when we last see the youngest, Victorio, he’s all alone beneath a rock in the desert. No one can find him.

We also have Day Five of Colleen Frakes's Cartoonist's Diary, in which she returns home from her trip.

And we also have a review for you, Tegan O'Neil's take on the Black Mask comic Young Terrorists.

The problem with Young Terrorists isn’t that it isn’t about anything, but that it’s about too much. There’s a lot of plot, a lot of exposition, a lot of characters. Charts and graphs are employed. Every character has backstory and a gimmick. The plot goes every which way. There’s just a lot.

This is an angry book, and in 2018 righteous anger can paper over a lot of sins. This comic runs on indignation, pure rocket fuel that burns incandescent white. (I watch the news all day so I can relate.) Matteo Pizzolo’s name appears on the comic twice, both as the series’ writer and one of the co-founders of Black Mask Studios. There are worse reasons to co-found a comic book company than to have an outlet for ultra-leftist political books.

I like everything about Young Terrorists, really ... except the book itself. And the reason I didn’t particularly like the book has nothing to do with the book’s politics, with which I find myself in general agreement. The reason is that there’s just too much going on here, even in the context of a two-hundred-page story. Although some things work and the book improves drastically as it goes, it stumbles out of the gate. It’s the kind of book where, after reading the story, I was surprised by the blurb on the back cover: A young heiress discovers her father is part of a tyrannical new world order. She vows to burn his whole empire down. That’s what I read?

I didn’t want a reader to have to work to get through this book. That’s why the structure of the chapters is modeled after classic comic books. It’s meant to pull you through, keep you reading. And reduction was the key. I had to keep my eye on what the story was about and focus on that. There are many fascinating details, cool stories, and bits of trivia I removed. This book is not about old show business per se, or how cool it was to be in his position—even though he had many extraordinary experiences, he didn’t enjoy most of them.

And the book isn’t about me, either, even though it needed my pain to work. I changed the final two chapters radically during the last months of work on it. There was a lot more about who I am, the negative effects I feel my upbringing has had on me. I removed that stuff because it was wrong for this book. This book is about my father first—my experience is secondary.

—Sam Ombiri writes about how he initially misunderstood the work of Gabrielle Bell.

Truth be told, the very first time I read the comic, because it didn’t tell me how to feel and the drama wasn’t calling so much attention to itself, I kind of just skipped over all that was happening. I read through elements in the story, not really engaging with said elements. Like, for example, a friendship dissolving between Audrey’s dad and Cody, because nobody is paying any mind to it. Not even Cody, who is being so mistreated. While Audrey’s dad can be blamed for leaving Cody behind to be arrested, it isn’t for reasons that aren’t hard to guess, displayed by how Cody treats Audrey. At the same time, the way everything ended unfairly on his end, it’s easy to see why he doesn’t feel like he owes anyone anything. The way Gabrielle drew Cody being arrested conveys to me his realization that nobody truly cares about him. I wonder if Gabrielle gave him a dog to be less lonely? Anyway, Audrey’s dad is confronted with having to take responsibility for the man he used to be, not to mention the torment he has clearly been subjecting his wife to, and possibly at one point considers escaping it all, maybe with Cody? Would all this drama then be more effective if I was told what to feel?

—The most recent guest on Comics Alternative is Kriota Willberg. 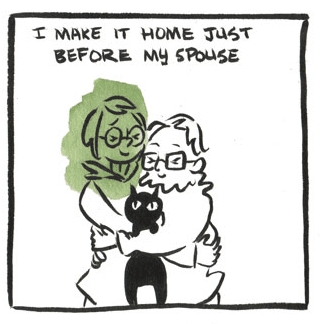 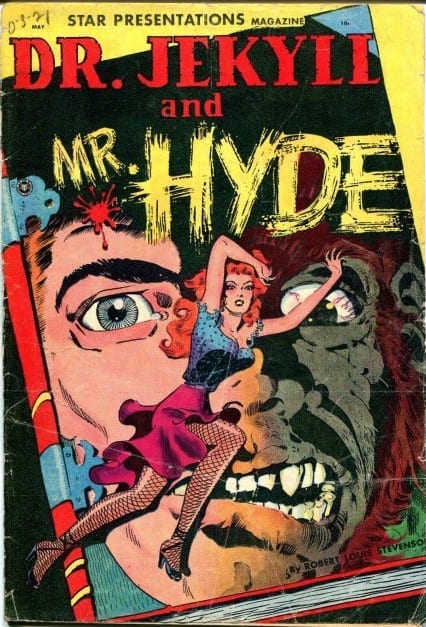 Notes Toward a Future Understanding of Wally Wood