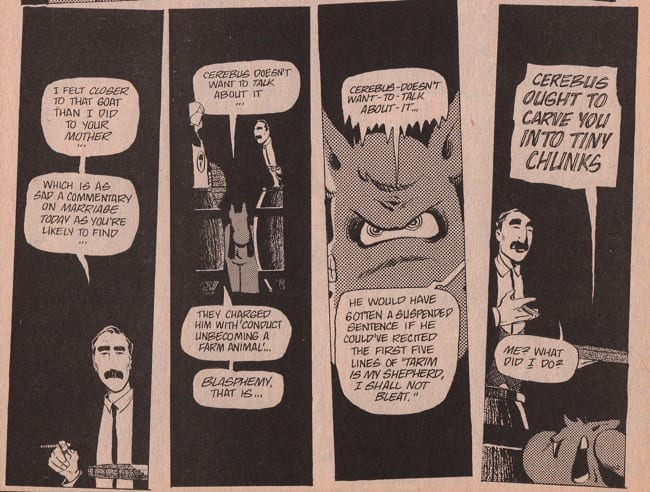 The problem with using the expression “talking heads” as shorthand criticism for shitty comics is that a comic consisting mostly of conversation, built around static, repetitive close-up panels of people yakking doesn’t have to be a terribly boring way to spend one’s time, even if it always seems to be, always, every single time. Why, here's this issue of Cerebus—which takes place between the High Society and Church & State story lines and is thus found in neither of those collections—serving as a decent example of the form’s usefulness. It’s not a great comic--well, it is comparatively, but if we were really speaking "comparatively," all we’d be talking about right now is how The Raid: Redemption is so much better than absolutely every form of time-burning outside of intercourse, at least since that last issue of Ganges came out--but it is good one, and it speaks to what a delightful writer Dave Sim could be when he was seeking to tell a good joke, as opposed to now, when a joke is all he has become. 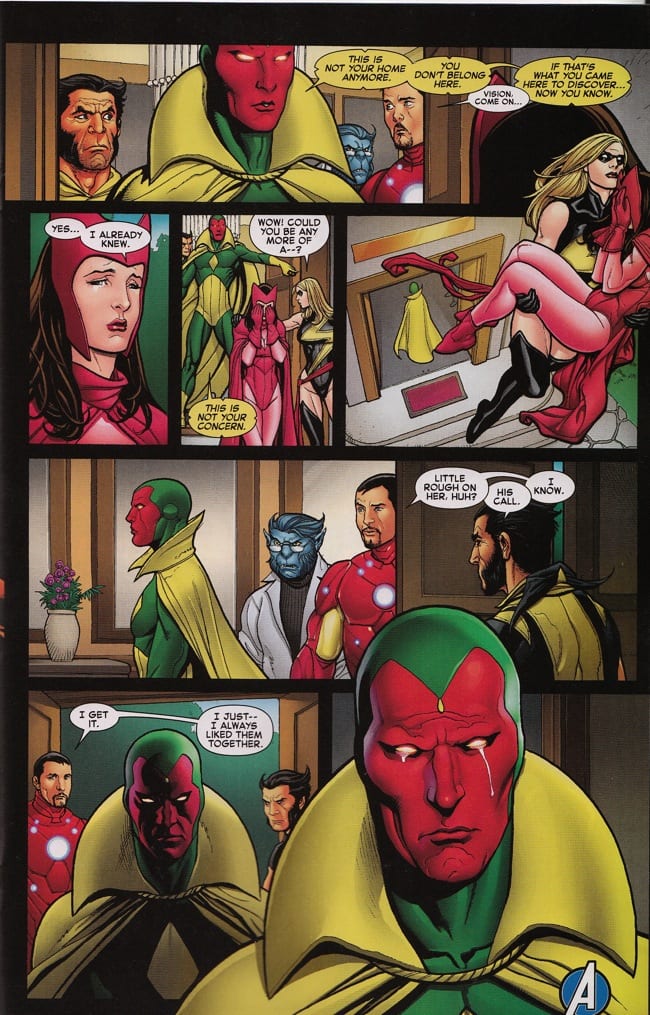 This is the second comic featuring a robot crying in a three-week period, so if you guessed that it was time to start the Summer Event portion of super-hero comics before April has crested the horizon, you should be pretty pleased with yourself: Lord knows I am. There’s going to be a lot more fun to be found in the upcoming weeks, as it’s hilariously clear that Marvel is planning to turn up the dial on the whole “Cyclops is a Zionist” thing while, in the same issue, featuring scenes with a robot crying because his wife (the Scarlet Witch, who still wears an outfit that would exhaust the notoriously indefatigable Nikki Dial) showed up at the clubhouse the super-heroes live in and tried to come inside and hang out for a little bit, which totally hurt the robot's feelings! Thankfully, Jason Aaron is there in the second story to remind us of the alternative to being a crybaby, which is when a character gets so lost punching an unconscious bank robber over and over and over again in the face that somebody has to pull them away, and that's when you see that close-up panel of the character’s ravaged, blood drenched knuckles and realize that Feelings are the REAL final frontier, and learning to manage them is what being a hero is all about. Dude, this is Marvel comics, we’re grown-ups in this motherfucking house, and we've got freedom, and comic-book Israel, and there's some crying robots, look at all these chicks who wear thongs outside, the Jesus stand-in is over there punchingsomefuckingbitchassskullzin, this is the real shit, it's the AVX. Trick or treat, asshole. 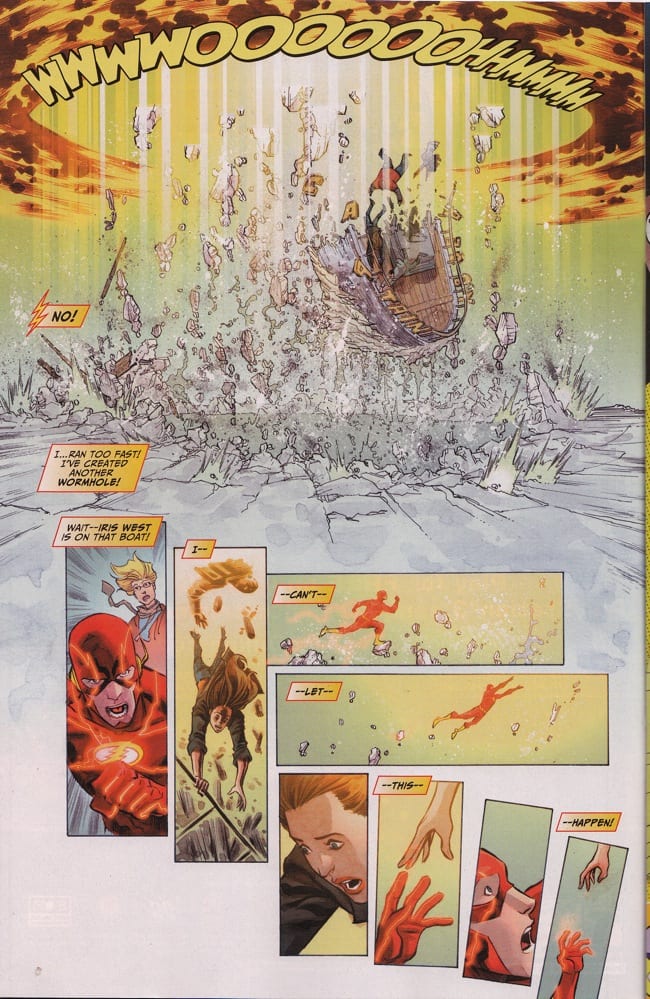 There’s no titty, no racism, and you’ll find a much higher violence quotient watching a preschooler play make-believe: but believe it or not, this is a contemporary DC superhero comic. It follows the exploits of DC’s absolute worst character (and that’s a competition that encompasses Voodoo and Sergeant Rock’s idiot son), Barry Allen. Liked by no reasonable human being under the age of...oh, let’s say death, that's a wide enough net, Barry is a cop with a crew cut so yellow it could only have descended from the most Aryan of stocks, brought back to life in the DC Universe by Geoff Johns in a force of selfish editorial will that does a finer job describing the man’s feelings about comics better than any of the hundreds of stories he’s ever written: Geoff likes Barry Allen the best, and these shine boxes belong to him. However, due to circumstances beyond his control (actually, circumstances he created that were totally within his control), Johns had to hand the actual chore of writing Barry’s adventures to his artist partner, Francis Manapul. And with the assistance of his colorist Brian Buccellato, Manapul's Flash title has become an intermittently entertaining read, albeit one with plots built to showcase Manapul and Buccellato’s consuming passion for the eye candy aspect of what a super-hero comic can be. Over and over again, the comic strives mostly to stun, and they’re able to manage a solid bit of visual quirkiness every few pages, like panels built out of rivulets of tears, tiny fractures of ice spreading in the wake of speed, or a melodramatic language built mostly from the way Manapul renders eye movements. It’s a display of skill that’s remarkable mostly in how it’s being so totally wasted--here, after all, is a comic that might appeal to children, right when DC has fully mastered the ability to keep those sorts of people outside in the rain, along with all the fucking girls.

This is the beginning of a follow-up story to a previous “Archie gives it to Valerie” story, which was popular in some sense, sure, maybe. (It's impossible to gauge the success of an Archie comic book, as the only people who could tell anyone the actual sell-thru numbers have such a tenuous grip on the truth that it would be only mildly surprising if one found out that half of their employees regularly deny the earth's roundness.) The comic itself is one of those things that publishers occasionally toss out amongst the public, a story carrying with it some distinctly good connotations; in this case, a healthy interracial relationship in a medium that barely has any, with prominent, Archie-level physical contact, all while pretending that they aren’t doing it to court controversy, despite the fact that they are, of course, courting controversy so hard that they’re practically dripping ejaculate out of their nostrils at the thought that some sexless woman in Kansas might just fall upon an Archie comic where he’s kissing somebody who isn’t white and will then proceed, with all the pent-up energy of an underfucked racist, to do them a solid bit of free advertising. We’d love to go to bat against her with a bat made of words, but the Journal has a long-standing tradition of refusing to stick up for comics that look this fucking horrible. And if we're being totally honest, us liberal East Coast homosexual art snobs have been trying in vain to put Archie to sleep for years: it might be time to let the book burners give it a shot. 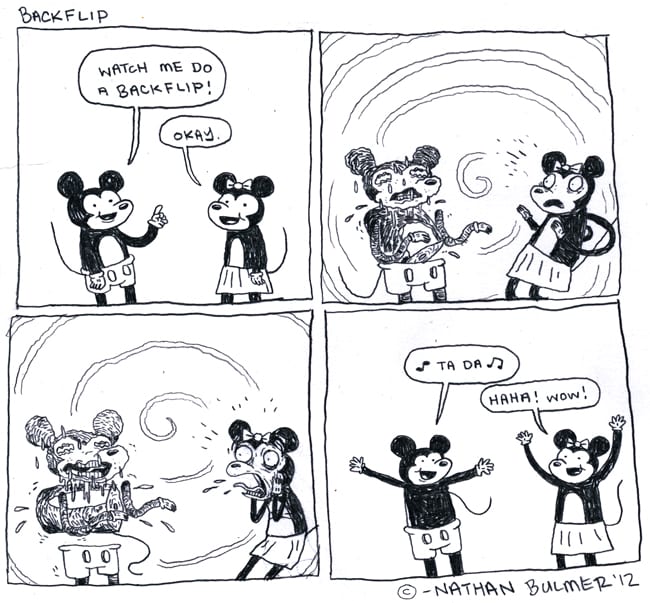 That was fun. But it would also be fun to look at the time when Batman comics crossed over with the words Walking Dead: 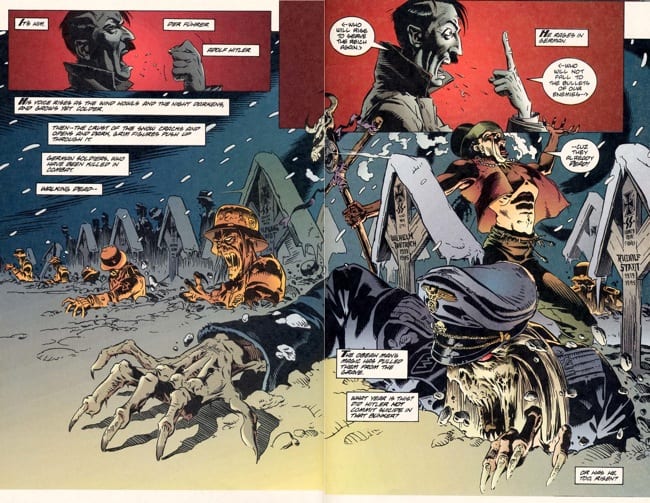 This is one of those basic stories that’s probably been done enough times that you can rest assured some dime-store lunatic has burned off some shut-in hours documenting the framework’s origin: call it a hallucination tale, if it’s a category your personal diagnosis requires. The song sounds like this: we meet our protagonist (in this case, a Jim Aparo Batman so badly colored you’ll swear this comic had been drawn by Hugo Pratt) dragging a laundry bag up a snow-covered mountain. From there, our hero battles his way through a series of dream sequences, all of which are only engaging insomuch as some of them are less horrible than others. Batman is able to conveniently break himself out of the trance right at the moment when Adolf Hitler and The Obeah Man start calling upon Germany’s finest to rise from their graves and get back to camping, and then the comic ends with the realization that Batman got hit in the head pretty hard and that bag he’s been dragging has the Joker in it. In your face, expectations! 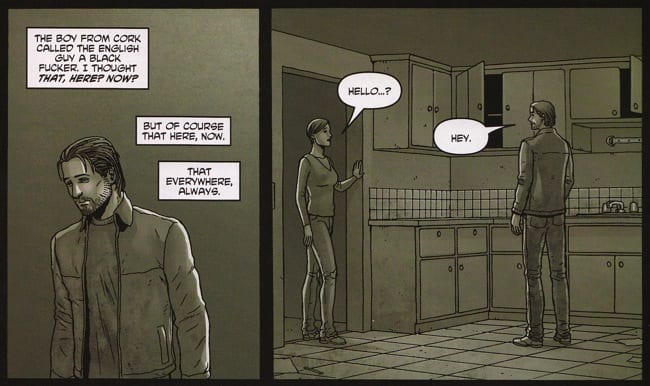 Whereas Garth’s first Crossed mini-series made rough stabs at having a plot when it wasn’t picking on Robert Kirkman or testing the limits of what savagery Jacen Burrows is willing to draw (the answer seems to be that Burrows has no limits whatsoever), the writer’s three-issue stint on Badlands isn’t even bothering. Instead, you’ve got this: a graphic bit of violence, an anecdote explicitly ridiculing some of the Walking Dead’s accepted conceits (don’t miss Rick in the bottom left corner), and a blunt climax that serves mostly to prove that the only reasonable faith left is one cast in the blackest cynicism. You can argue with him if you’d like, but only after you’ve read The New Deadwardians, which is a recent Vertigo comic that depicts upper class vampires in straw hats trying to solve murders amongst their maids and butlers while avoiding the gaping maws of lower-class zombie hordes in post-Victorian England: otherwise, we'll all know that you don't know what you're talking about. 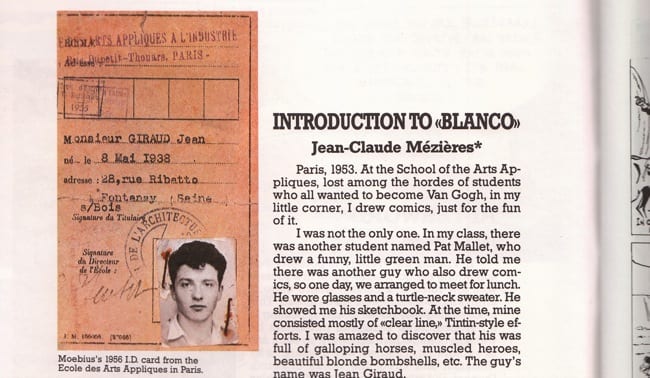 This is a signed-by-Moebius hardcover limited to 1500 copies and published by Graphitti Designs in the early '90s; hopefully they’ll be able to sell all of them someday. Unlike most of the other Graphitti Blueberry collections, this one isn’t a straight reprint of the Epic collections. Instead, it focuses on the Young Blueberry books that Comcat put out, which are somewhat difficult to find, overpriced, and poorly bound. Then again, there’s a lot of unusual information to be found in the hardcovers, which might be why Graphitti has had such a hard time finding a home for these books over the last twenty years--comics fans are, after all, notoriously uninterested in Moebius, Moebius interviews, unpublished Moebius art, and this book is packed to the gills with that kind of irritating, unwanted bullshit. Suffice to say: Westerns of any kind > all fantasy literature ever published. 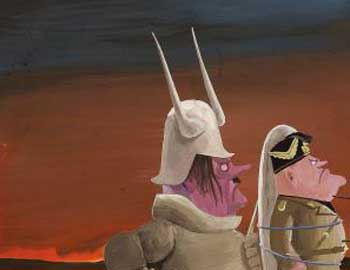 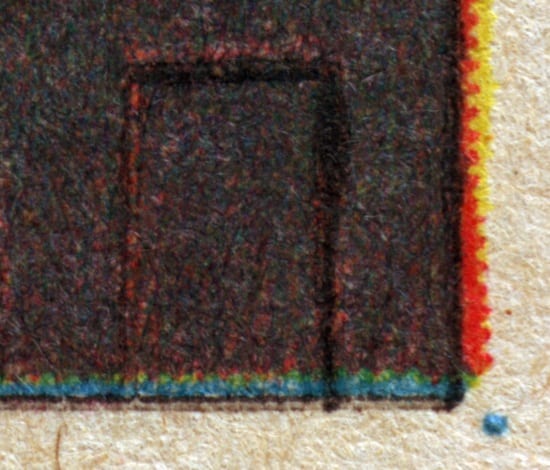