Today at the Journal, we've managed to combine two of the most pleasant and welcoming people in comics into one article--Jeremy Sorese interviewing Kevin Czap about Kevin's comic Futchi Perf....and about 7 other topics. It's a wide-ranging conversation that lives comfortably inside the tent of creativity, and you should read the whole thing.

My introduction to punk happened simultaneously with zines and DIY, and those are all linked together in my mind. At the same time, punk provided a model for political thought. I grew up downstream of Washington DC and I think that had a lot to do with that, although it wasn’t until I moved away from the area that I started to put together the pieces. I think overall the most resonant lesson that carries through in my work and life is the degree of intentionality - punk to me feels like, rather than going along with received life directions, it’s about working together to create something that works for everyone, and constantly reviewing, revising, and challenging to make sure that mandate is upheld. I mean, the music and fashion and stuff is appealing too.

Queerness for me can seem indistinguishable from all of that sometimes. Queer feels like the dream, it’s what was once impossible but is maybe really there. And actually, I’m surrounded by living proof that it is possible. I’m still processing that.

There’s also the degree to which both punk and queer community have been the pathways I’ve followed through life to end up where I am. Like I don’t know, maybe without either, I’d be working in mainstream comics or something. Or not making comics at all?

And that's not all! Katie Skelly is here, again, because she's here all week, and she's checking in with us about all things fashion. Go and see what her Valentine's Day was like. (It was rainy.)

You know, we still haven't totally recovered from the loss of Joe McCulloch's regular This Week In Comics column, and if y0u follow him on Twitter, you can see that he doesn't seem to either. So until he gets his dad to buy him a skateboard (which haven't gone up in price in decades), head on over and see what our former compatriot has to say about what you might see on the shelves today, if you're able to tear yourself away from all that Proust you've been reading.

Haven’t heard much about this, but an English edition of Philippe Druillet’s 1978 album Gaïl is out in comic book stores tomorrow from Titan - this is the real lysergic ‘70s French SF comics here. pic.twitter.com/hqAvKR7gO1 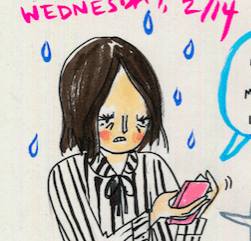 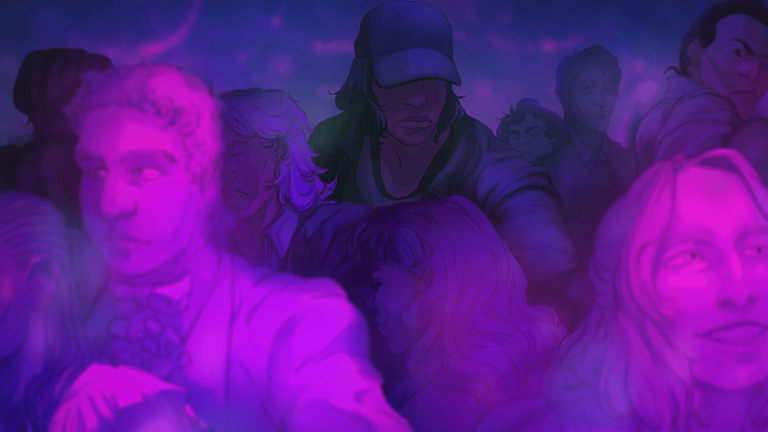