The first conference in history for queer cartoonists was sponsored by CUNY’s Center for Lesbian and Gay Studies, an academic department located on a floor of a building in midtown Manhattan.

A sign of the movement outstripping its older institutions, the conference is “queer” and the floor of the building is “for lesbians and gays.”

To be clear, Queers & Comics isn’t a convention with tables. It isn’t an entrepreneurial or even a primarily industry-oriented event. It’s an academic conference and cultural checkpoint.

My impression was that the conference was as personal as it was academic. Queer cartoonists making queer cartoons created a niche for themselves in the comics underground where none previously existed. We might have become cartoonists because of Hergé or Charles Addams or George Herriman or Bill Watterson, but see queer comics-making as a discrete and socially necessary act—because of each other. That’s very personal.

In prior generations of queer cartoonists (there are three), finding other gay voices who spoke in comics was a hero’s journey. Today, you get an email from Jennifer Camper.

With the force of a million such emails, Camper and Andre Carrington, at CLAGS, organized the whole thing. 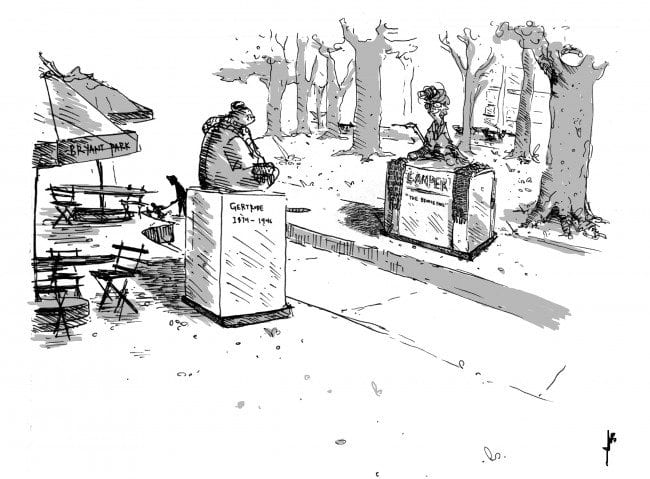 The keynote speakers were Howard Cruse and Alison Bechdel, mentor and mentee, respectively, and each representative members of the prior two generations. Cruse spoke on Thursday night and Bechdel on Friday.

To accommodate TCAF, Q&C was scheduled on Thursday and Friday. I missed Cruse’s presentation and Thursday’s programming because I was in Maryland delivering a thesis defense. Unfortunately for me, I missed some really excellent panels, including LGBT Comics for Young Readers, Queer Memoir, discovering Queer Identities, Pioneers of Queer Women’s Comics, Creating Trans And Genderqueer Characters In Comics and Queer Politics, Agit-Prop and Editorial Comics: Comics As An Eyewitness.

On Friday morning, I sat on the Nonfiction and Journalism Comics panel. The moderator Bill Roundy, Sasha Steinberg, and Clark Stoeckley were very nice and let me get in on things even though I was a full half-hour late. I had detoured blithely to 365 5th Ave in Park Slope, which is the address of Ginger’s, one of the oldest and last lesbian bars in New York City. CUNY’s graduate center is 365 5th Ave in Manhattan. Coincidence? Well, yes.

I waffled on including this dumb story because it makes me look like an idiot, but synchronicity rules. 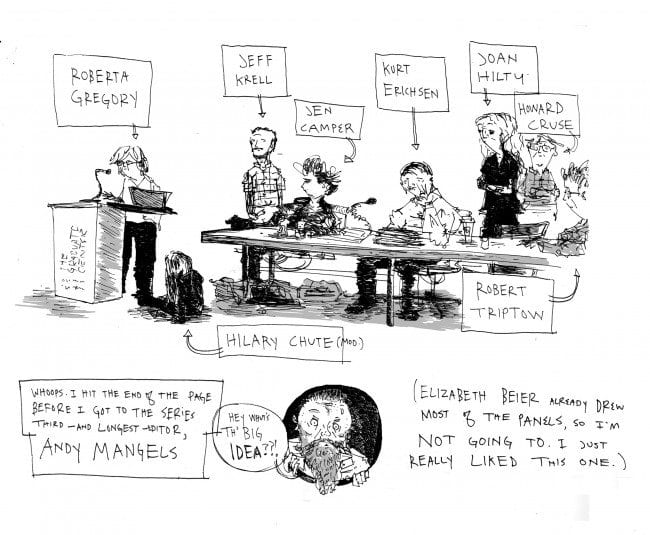 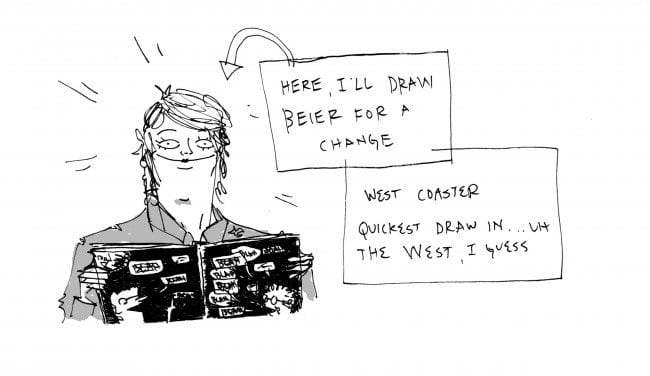 Some background: Gay Comics was an anthology series founded by Howard Cruse in 1979. It provided a venue for queer cartooning when none existed, and a vehicle for realism and autobiographical work. Gay Comics represents the moment when queer comix diverged from a central artery of underground cartooning.

Largely as a means to creative and in some cases non-figurative survival, Gay Comics was one of the first serial anthology comics to focus on realism and autobiography.

Robert Triptow, commenting on quality control in Gay Comics, noted neutrally that some issues were stronger than others. But it was important, continued Triptow, to make them.

Over the next thirty years, the blood of this work would flow through its relatives in the mainstream (Queer as Folk, The L Word, Modern Family, Orange Is the New Black, Transparent, Grace and Frankie and so on). For various reasons, some of those shows are not great. For other, variouser reasons, some happen to be great.

Comics like Leonard and Larry (Tim Barela), The Completely Unfabulous Social Life of Ethan Green (Eric Orner), Lee Mars’ Pudge, Ivan Velez Jr.’s Tales from The Closet, and Cruse’s weekly strip, Wendel, which ran for twenty years in many gay papers and alt-weeklies including the The Advocate, are forbears to those cultural entities.

Because Bechdel is the most crossover figure in the QC world, her keynote on Friday night was packed. Bechdel spoke about that very phenomenon – visibility and assimilation – in a nicely designed hybrid reading/talk that blended some deep cuts with her comments. "Oppressed Minority Cartoonist", a story about the value and consequences of marginalized perspective, previously anthologized as a strong B-side, provided a thesis and a question: what happens to social movements after struggle?

The idea of “after struggle” is a wiggly doodad in the first place. Issues that make my generation of queers and feminists distinct – suicide, gender inclusion, trans rights, race, and class – suggest that “after struggle” is not the state of the union. It’s more like a warning against complacency.

I may have exhausted saying so in my review of the musical Fun Home, but people cried.

There’s something else I noticed about Queers & Comics, that may have more to do with the event’s function as a social binder and celebration of community than anything else. I don’t know any non-queer identified cartoonists who came to the main body of programming at Q&C, and few reacted when I brought it up.

It was primarily an insider’s gathering, and perhaps in future years we’ll see this change. But for this first conference, it felt right to call the corners. 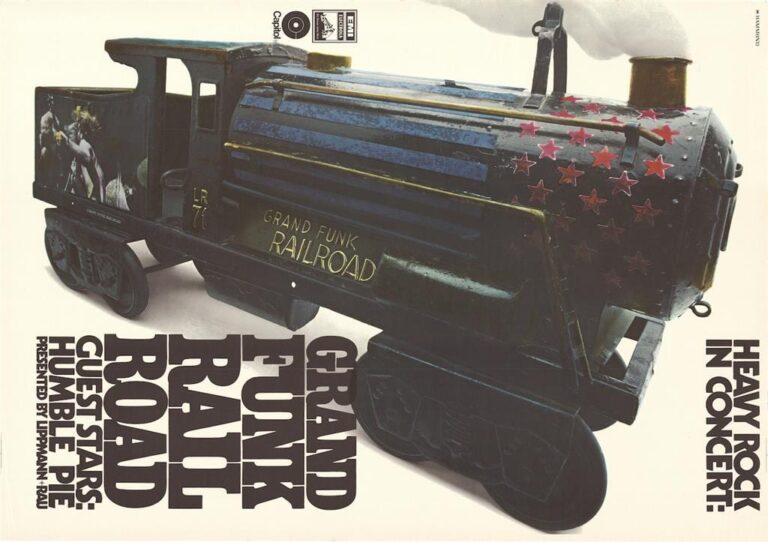 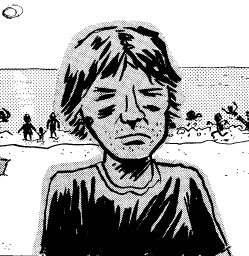