The legendary French cartoonist Jean "Moebius" Giraud passed away Saturday. Kim Thompson has written our obituary for him:

Like his namesake single-surfaced geometric figure, Giraud enjoyed two distinct careers that could be considered opposite sides of a coin, or a continuation of one another: As “Gir,” he co-created, illustrated, and eventually wrote the Western series Lt. Blueberry for over four decades, while as “Moebius,” he drew and often wrote some of the most revolutionary and dazzling science fiction comics ever created — as well as providing costume and set designs for such visually groundbreaking movies as Alien, TRON, and The Fifth Element.

Either career would have placed him at the forefront of his chosen trade; braided together into one astonishing life, the two made him indisputably one of the greatest cartoonists of the second half of the 20th century.

Thompson interviewed Giraud for this magazine in 1987, and over the weekend we reposted that talk. As Thompson wrote in the introduction, "It has become difficult, if not impossible, to understand the shattering impact [Moebius's best pieces] had as they appeared throughout the '70s. Like all revolutions, they need a context to be fully appreciated." The wide-ranging interview was designed to provide that context, and is still well worth reading for that purpose today.

We also have gathered a collection of tributes to the great artist from such figures as Mike Allred, Anders Nilsen, Zak Sally, and John Workman. We plan to keep adding remembrances to that post as more come in.

Of course, many tributes to Moebius have already appeared online, from creators like Neil Gaiman and Jason (Robot 6 gathers more industry reaction here), and from writers such as Tom Spurgeon, Paul Gravett, Heidi MacDonald, and Bryan Munn.

Rodrigo Baeza has posted scans of a late-1970s interview with Moebius, and the aforementioned Spurgeon has gathered a collection of videos featuring him. The Forbidden Planet blog links to an hour-long BBC documentary.

Much more has been written and will continue to be written honoring Moebius over the next few days and weeks—and decades.

Yesterday, we published a new column by Frank Santoro, featuring an interview with the cartoonist Zack Soto about his new webcomics venture, Study Group Comics.

And sadly, we must also report the untimely death of Don Markstein, Comics Revue editor and founder of the Toonopedia. 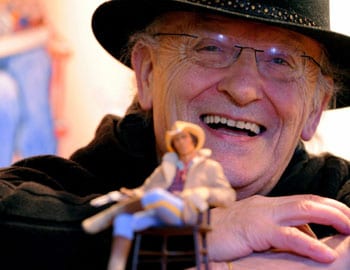 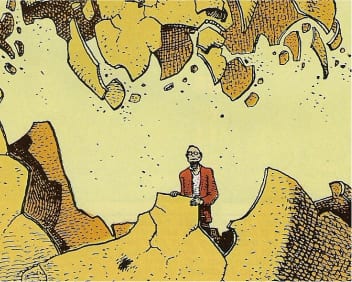