As you may have already noticed, yesterday we reposted Gary Groth's career-spanning interview with the late Joe Kubert, from a 1994 issue of this magazine. Here's an excerpt:

GROTH: Now, during the ’40s when you were doing this, I’m curious as to what the general attitude of all the artists was. I mean, the attitude today, even among artists who work on the same kinds of comic characters you worked on, is that they regard themselves as Artists, with a capital A. They have the sense that they are producing “art.” Now, did you have that sense, that you were involved in a burgeoning art form?

KUBERT: I never even thought about it. I know that I loved and enjoyed what I was doing. I got a thrill out of seeing a good piece of artwork. When I saw stuff that Lou Fine or Will Eisner did, it would raise the hair on the back of my neck. I kept saying to myself, “If these guys can do this kind of work, then maybe I’ll be able to be that good — or better.”

It never intimidated me — just the opposite. It gave me more incentive to go ahead and do my own stuff. But an art form, or a lower form of art? I never thought of that. I just loved to do it.

GROTH: You didn’t sit around and theorize about it.

KUBERT: No. And neither did the guys I knew.

GROTH: Was that a generally held —

KUBERT: I think that it was a generally held feeling. Where questions as to art quality came up was when someone gained an opportunity to make more bucks. When someone had the chance to go into advertising or illustration, he’d take it. Most didn’t do it because of the art. In fact, I think most would have stayed with comic books if they could make an equal amount of money.

GROTH: Because it was more enjoyable.

KUBERT: Right. Because comic books is rather singular in that it allows you to take chances. It allows you to make mistakes. In a 16-page story, all of it doesn’t have to be perfect. You can really go out on a limb and take chances. And, sometimes, those chances work great! And that makes you feel good. If it fails, fine. The majority of the effort does work OK. So it encourages you to take more chances and a lot of guys were able to do exceptionally good work in that way. Comic books also gives you a bigger canvas upon which to work. ’Cause when you’re doing syndication or advertising, there are six guys sitting on your back giving their suggestions. “Turn this a half an inch,” or, “Move this figure to the-left about three inches.” That’s what they’ re getting paid for and that’s what they’re gonna do. But there isn’t enough time for those small changes in comic books. So you had more freedom. To let your imagination run. I find that there is no other area in commercial art that allows you this kind of freedom. To design pages. To design complete books. To generate emotion into a story.

And you find out later that somebody read that story and actually felt the thing that you drew. When I first came into this business, I never dreamed that my work was read beyond the next block. I was doing it because I loved to do it. I really like to see the characters in my head appear in graphic and pictorial form. And when I learned that people around the world get the same effects, it was like having whipped cream put on top of the cake.

—According to a report in The Guardian, the UK's oldest children's comic, The Dandy, may finally be shutting down after 75 years, due mostly to declining circulation.

—Ng Suat Tong and Robert Boyd, among others, discuss the original comics art market and museum acquisitions of same.

—And finally, in your scholarly link of the day, Janine Utell looks at the use of James Joyce in father-daughter graphic memoirs from Alison Bechdel and Mary Talbot. 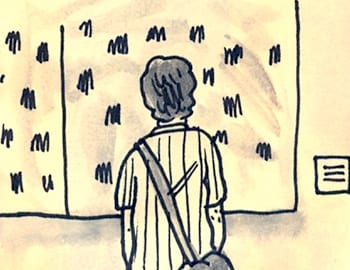 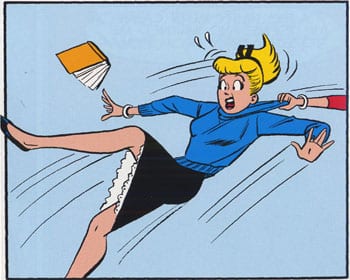