I’ve not got much to say up top this week, other than that you can find information resources on the work of Black Lives Matter here, details of organizations you can donate to in support of those protesting and working for change here and here, a directory of black artists working and looking for work here, and Vice and Teen Vogue have decent information on mitigating your exposure risk to COVID-19 (and on protecting those around you) while out protesting state-sanctioned police brutality.

Other than that, if you need a distraction heading into the weekend, this week’s links are below.

• This year's Will Eisner Comic Industry Awards nominees have been announced, with 31 categories in total. The winners will be announced this summer via virtual ceremony, following the cancellation of SDCC due to COVID-19 restrictions. James Stokoe leads the pack with 5 nominations total, and there's a general breakdown of the vital stats here.

• On a related note, The American Library Association has announced the recipients for this year’s Will Eisner Graphic Novel Grants for Libraries, with grantees receiving a $2,000 grant for buying graphic novels, $1,000 for hosting a graphic novel-themed event, a $1,000 travel stipend to the ALA annual conference, the Will Eisner Library, and a selection of the winning graphic novels from this year’s Eisner Awards. Cor!

• Newsarama has been assimilated into the gestalt entity that is GamesRadar+, both already part of the Future US media company, so the future is orange for EIC Michael Doran and team because who doesn’t love the ongoing conflation of comics and video games under the catch-all banner of ‘geek culture’?

• There have been a few more convention cancellations this week, as FlameCon and Denver Pop Culture Con are skipping physical iterations in 2020, thanks to COVID-19, while the Massachusetts Independent Comics Expo will be an online-only affair this year, but their mini-grant program is still open to applicants.

• The enjoyable chaos of Twitter-facilitated comics art auctions is back, as the #ComicWritersChallenge looks to generate funds for the Black Lives Matter movement, and there are some rarities to be bid on for the next few days.

• Here at TCJ we have remembrances of creators that the comics community lost last month, as Eric Reynolds looks back on the work of his friend Richard Sala, and Austin English curates tributes to the life and art of Morgan Vogel.

It is a good viewpoint to see the world as a dream… This week’s reviews.

• Tom Shapira dives into the zeitgeist and fantasy of Héctor Oesterheld and Francisco Solano Lopez’ The Eternaut, translated by Erica Mena.

• Rebecca Burke reviews the existential retrospective of Thomas Von Steinaecker and Barbara Yelin’s The Summer of Her Life.

- The invigorating diversity of Be Gay, Do Comics: Queer History, Memoir, and Satire from The Nib, edited by Mat Bors.

Transmit the message, to the receiver… This week’s interviews.

Alex Dueben interviews Gene Luen Yang about his new graphic novel, Dragon Hoops, the art/sports divide, writing about one’s own family compared to the lives of strangers, promoting books during a pandemic, and working with the character of Superman.

• Phillippe Leblance talks to Olive Brinker about the syndication of her webcomic, Rae the Doe, her background in computer animation, designing video games, and crowdfunding support.

• Matt O’Keefe chats to Christopher Condon and Jacob Phillips about making lemons from lemonade, as they discuss their digital comic series Brutal Dark, the publication of which came about due to the COVID-19 pandemic putting the direct market on pause.

• Gregory Paul Silber talks to Janna Morishima about her work as a comics agent, developing masterclasses about building comics careers, and the unique requirements of the children’s comics audience.

Hettie Judah interviews Nick Burton about his new 1600s-set webcomic Our Plague Year, and depicting the human reaction to tragedy.

Sydney Gore profiles the work of Bianca Xunise, and catches up with the cartoonist about communicating through art, and drawing as both a release and a way to challenge.

John Seven talks to Robyn Chapman and Kirk Benshoff about their work on the 25th anniversary edition of Howard Cruse’s queer comix classic Stuck Rubber Baby, of which you can read a brief preview.

Judy Goddess looks back at the work of Trina Robbins, and talks to the influential comic creator about how the more things change, the more they stay the same.

Erica Pearson talks to Cathy Guisewhite about taking her eponymous character to Instagram, and documenting the COVID-19 pandemic through her comics. Ack!

Nola Pfau interviews Vita Ayala and Tana Ford about their collaboration on Livewire Volume 3: Champion, and the impact of wrapping up their work on the series.

#ReadAboutComicsStayHome… This week’s features and long-reads.

• The Comic Book Legal Defense Fund have put together a starter guide of anti-racist graphic novels and resources for using comics in an educational setting, including a re-run of their 2016 article 'Profiles in Black Cartooning.

• As part of #BlackOutTuesday, The Beat re-ran a series of past features and interviews from their archives, including a retrospective of the work of Dwayne McDuffie, and a look at the (positive) realities of sales figures for comics and diverse characters in the direct market.

• Chris Coplan is ‘Judging by the Cover’ again, and, hey, Copra is back!

• As students around the world graduate under difficult circumstances, Andy Oliver takes a look at the webcomic project The Promise, featuring the work of illustration students at Falmouth University.

• Sam Rutzick looks to the Green Lantern run of writer John Broome, and the Silver Age superhero-as-authoritarian themes that his intergalactic adventures featured.

• The Middle Spaces has reruns of Osvaldo Oyola’s features on Hazel Newvelant’s No Ivy League, depictions of race in the context of DC’s Black Lightning, Sam Wilson as Captain America during Civil War II, and the aspects of the obscurity of Teen Titans’ Mal Duncan.

• Deb Aoki has a double-bill of features up on Publisher’s Weekly, the first looking at manga publisher’s responses to the COVID-19 pandemic, and the second dipping into current and upcoming releases that are selling well at the moment.

• Shelfdust takes its weekly trip to Astro City, as Charlotte Finn looks at issue 22 and its depictions of facial hair of yesteryear and public nudity; Graeme McMillan tries to find evidence of the protagonist of Bulleteer #2; and EIC Steve Morris’ Amazing Spider-Man roulette wheel brings a visit from the Human Torch.

• For Solrad, Rob Clough looks at the craft of the cartoonist (ah, but is it art, etc) through the lens of Anna Hafisch’s The Artist: The Circle Of Life, making stops along the way at Crumb, Clowes, Schulz, and Wood, oh my.

• Sara Century takes on the always-enjoyable challenge of trying to describe what the WildC.A.T.S. actually are, while looking at the character of Voodoo, and the series' depiction of sex work and bisexuality.

• For Women Write About Comics, Jessica Ginting takes a look at the alternate markets of indie comics, and how they can better serve and represent marginalized people.

#ReadComicsStayHome… This week’s comics offerings from the web.

• Nate Powell flagged up his 2019 illustrated essay on the paramilitary co-opting of comic book iconography, and the optics of fascism.

• The Nib has comics coverage of the protests against police brutality from Lupi McGinty, and Ben Passmore and Bianca Xunise look at the everyday people who are part of the problem.

• The Billy Ireland Museum shared some political cartoons focusing on police brutality through the ages on its blog, and Women Writing About Comics has a focused look at Steve Sack's recent cartoon on that subject for the Star Tribune from Claire Napier.

• As part of The New York Times’ ‘Diary Project’, Jillian Tamaki documents the art she’s creating during quarantine, and gives tips for those faced with creative paralysis.

• Ashanti Fortson shared their comic which features in the latest issue of Bitch Magazine, about the positives and negatives of Instagram for the black and brown disabled community.

• The Australian Broadcasting Corporation brings us Darren Fisher’s diary comic of his experiences of being evicted during the COVID-19 pandemic, and negotiating the murky waters of tenant rights.

• Filed under: ‘we definitely live in a science fiction future’ - an AI tech company brings us Phaedo, a manga collaboration between humans and machine-learning networks for a series drawing from (literally, in this case) the work of Osamu Tezuka, now translated into English.

• For NPR, LA Johnson illustrates the poetry of Patricia Harbage as a birthday party for a sizable age milestone is cancelled in the face of COVID-19.

• Danielle Chuatico and Jessica and Jacinta Wibowo have shared their comic series on working with, and the importance of, literary agents - always read the fine print, or get someone who you trust to do it for you folks.

What do you get from a glut of TV… This week’s recommended watching.

• The School Library Journal’s Day of Dialog for 2020 took place last week, and you can watch on-demand streams of the virtual sessions that took place for free by registering here, until August 27th.

• This week’s Inkpulp Podcast episode welcomed Eric Canete to the show for some inking and chatting, as processes are discussed, introductions arrive late, and mutants take the centre stage.

• There’s a Fantagraphics double-bill on Cartoonist Kayfabe this week, as Piskor and Rugg look at the first issue of Love & Rockets, and then… why that’s… that’s Gary Groth’s intro music, and he’s bringing the truth!

• Noah Van Sciver takes a virtual trip to Brussels this week as he talks to Max de Radiguès about his multifaceted comics work, ‘whining about being in love’, and then John Porcellino shows up to speak for “the fans”.

• Joe Quesada is still warmin’ up in the mornin’, and he’s joined this time by Olivier Copiel, talking about drawing characters he didn’t create, making the jump to comics from animation, and hiding a lion’s face in that of the God of Thunder.

• John Siuntres’ Word Balloon is weighed down by some Heavy Metal, as Mark Medney and David Ervin discuss the magazine’s heritage and planned future, and then Charles Soule and Ryan Browne pop in for a chat about Star Wars and Curse Words.

I can't even hear myself think… This week’s easy-listening.

• Katie Skelly has another episode of her hit podcast, Comic Books Are Burning In Hell, and this week she welcomes some of the TCJ gang, including Tucker Stone, Matt Seneca, Joe McCulloch, and Chris Mautner, to the show to discuss the delights (?) of Go Nagai’s Cutie Honey. Fair warning: involves talk of hemorrhoids and members pressed unto glass with wild abandon.

• Shelfdust Presents welcomes Heidi MacDonald back to the podcast this episode, as she discusses the political, uh, machinations of Ex Machina #1, with host Matt Lune.

• 2000 AD’s Lockdown Tapes has a writers double bill this week, as MOLCH-R talks to Rob Williams and Alex de Campi about their work on the Galaxy’s Greatest Comic™.

• Dan Berry has not one, not three, but two episodes of Make It Then Tell Everybody for us this week, as he talks to Nick Abadzis about the artist/writer dichotomy, and Danny Noble about the art/written word dichotomy.

• Publisher’s Weekly’s More to Come discuss the last week or so’s comics news, including the state of direct market distribution, and the unlikely resurrection of Zack Snyder’s Justice League.

• War Rocket Ajax welcome Kyle Starks to the show, as he discusses making up for a lack of Free Comic Book Day this year with his digital comic Karate Prom. Also: dogs.

• There’s a trifecta of comic creators on The Virtual Memories Show this week, as Gil Roth has ‘COVID Check-Ins’ with Eddie Campbell about pandemic hair and kittens, R. Sikoryak about constitutions and education, and David Small about the dilation of time during the pandemic.

That’s everything for this week, if you’re heading out this weekend look out for yourself, and for those around you. 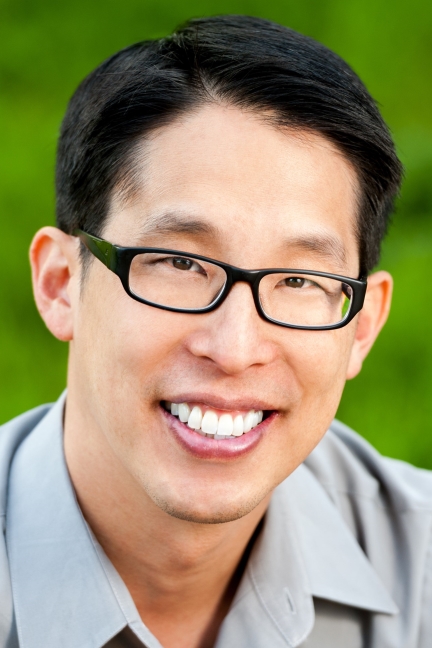 “I Think We’re All Scrambling”: An Interview With Gene Luen Yang

From Croatia With Love