Today Joe McCulloch brings us news of the Week in Comics, and extends his recent streak of being especially amazing with a look back at a little remembered Alan Moore Vampirella story from the late '90s. Here's an excerpt:

Moore, in keeping with the genre, plays up the sexual aspects of these encounters, with a queasy emphasis on acts of violence inflicted upon the sexual-and-therefore-lethal women populating his story; a two-page sequence preceding the image above sees Jack’s slaying of Dracula’s wives intercut with the vampire bursting in on disaffected Lucy & Mia (“So what? I mean, it’s that kind of world these days. I read about Bosnia or Romania, or wherever, and I’m just, like, bored, you know?”), seizing them by the face and hair and ‘taking’ them in a shadowed but distinctly connoted manner not unfamiliar to several Alan Moore works. Yet as Jack gradually reveals to the reader that he’s aware of how shallow this little update seems to be, Moore’s true target comes into view: the purposeless banality of modern society and its pop culture, a full 15 years before the similarly situated The League of Extraordinary Gentlemen: Century, except with an American focus, and the tv sensation Friends standing in for Harry Potter as avatar of all that’s hopelessly shit.

In less welcome news, the Museum of Comic and Cartoon Art has abruptly closed its doors and canceled many of its upcoming events, so far limiting its public discussion of this development to a brief notice posted on its Web site and Facebook page. Here is the full text of the announcement:

The Museum of Comic and Cartoon Art (MoCCA), New York City’s only cultural institution dedicated specifically to celebrating the comics medium, will be closing its physical location effective immediately.

The SoHo museum, currently at 594 Broadway, recently celebrated its tenth anniversary. While the physical space is closing, plans are afoot to continue MoCCA in a new and exciting incarnation. An announcement of MoCCA’s future arrangements will be forthcoming by the end of July.

Current memberships will be honored at the new venue, as will table renewals for MoCCA Fest 2013.

They have also claimed on Twitter that they will announce a new venue by the end of the month. (via)

Michael Dean recently reported on the museum's status for its tenth anniversary on this website. Obviously these new developments bear watching.

—The cartoonist Seth has recently branched out into barber-shop design, mapping out the look for his wife Tania Van Spyk's new Guelph establishment, Crown Barber Shop. Bryan Munn and Brad Mackay have photos.

—Barry Moser's essay on Flannery O'Connor's cartoons has been excerpted in The New York Review of Books.

—Mark Waid talks to the A.V. Club about his new digital comics venture.

—Robert Boyd, who was recently named the best arts blogger in Houston (he'd certainly have been my vote), has just posted reviews of the latest books from Joe Sacco and Joost Swarte.

—The Mindless Ones have posted their third and final marathon group reading of Alan Moore & Kevin O'Neill's League of Extraordinary Gentlemen: Century: 2009.

—I don't post links to webcomics very often on here, but I'll always make an exception for Justin Green. 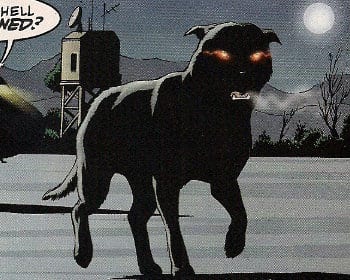 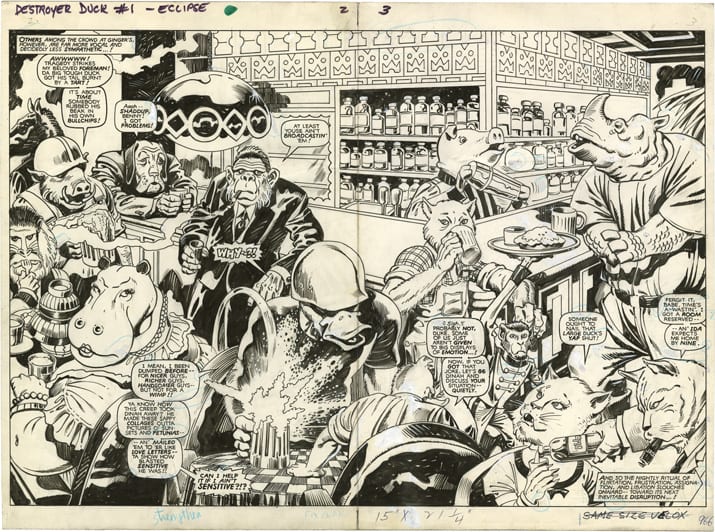