It was SPX last weekend, and our own Joe McCulloch was there, on assignment from the Library of Congress. He's got a report on his progress for you, plus notes on the week's most interesting-sounding new releases.

The suggestion had been made some time prior to SPX that I would succeed Rob Clough as guest curator for the Library of Congress, in accordance with a partnership facilitated between the entities in 2011, "where representatives from that institution would comb the floor and select[] minicomics, self-published comics, original art, flyers, Ignatz Award nominees and other publications that otherwise would skip the LOC and be lost forever after their initial print run." I greatly admired this impulse, the idea of preservation - for a long time, that was a stated goal of scanlators, of pirates, of varied unscrupulous types on the internet who'd 'curate' selections of lost, gone comics, without permission, for the edification of all. Now, of course, everyone excerpts images on Tumblr and reblogs them all over, the process having gained legitimacy by honing itself down to details tiny enough to curl within some community understanding of fair use.

In contrast, I can scarcely imagine anything more legitimate than the Library of Congress. So legitimate, in fact, that the first time I entered the LoC's hotel suite, I (not literally) (mercifully) ran into an interview in progress with Rep. John Lewis (D-GA). Congress itself was right there!

We also have a review from Joe's predecessor, Rob Clough, of Anna Bongiovanni's Out of Hollow Water.

Her work is an exemplar of a style of cartooning that's dense, dark, scratchy, and unflinching in its willingness to confront pain, trauma and horror. The obvious comparison for Bongiovanni is Julia Gfrorer, who in fact blurbed this book. They tap into different emotional and psychological veins in their work, even if their styles and rawness are similar. Both frequently make comics set in a timeless, nameless forest environment where darkness and the supernatural are real, lurking concerns; it's just that the two set their comics in different parts of that same, primal forest.

Out of Hollow Water explicitly deals with the trauma of violation, as well as the reality of surviving that trauma, in each of its three stories. While Bongiovanni has noted that these comics are personal and a way of working through her own issues, she's also careful to make the stories vague enough that one can fill in any number of blanks as to both precisely what happened and what each person is doing as a result. That's why using a fantasy/mythological setting makes so much sense, because it provides a buffer between real life while simultaneously creating a larger-than-life sense of dread and even suffocation on the page.

—Speaking of SPX, the links related to it are flying thick and fast and will probably continue to proliferate over the coming days. I'll spare you most of the con reports and direct you to Tom Spurgeon's usual Collective Memory post gathering them. Bleeding Cool of all places has the best panel coverage, with reports from the panels for Jeff Smith, Gary Panter, Frank Santoro/Dash Shaw, and Michael Kupperman/Sam Henderson, among others. Michael Cavna at the Washington Post wrote a brief write-up about the Ignatz Awards, which were hosted by Liza Donnelly (and in which Michael DeForge dominated, pulling off three separate wins).

—And the Rest. Lynda Barry did a comic on reading for the Washington Post. (Warning: An annoying commercial may automatically start playing when you hit that link.) The New York Times did a lengthy profile of the popular children's book artist Sandra Boynton. HiLobrow did an extremely short profile of Seth. And Dave Sim once wrote in to The New Yorker to take issue with an Art Spiegelman piece pitting Bernie Krigstein against Will Eisner. (FYI, as many Cerebus fans maybe already know, Sim's co-artist Gerhard is currently selling prints.) 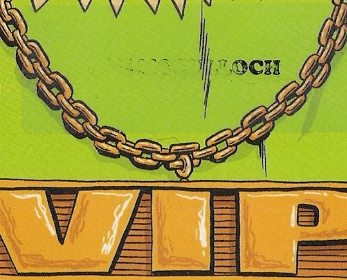 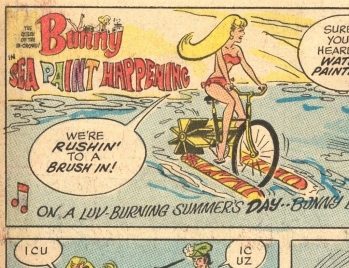