Today at the Journal, we've got Carta Monir's take on the critically acclaimed I'm Not Here, from Koyama Press. Will Carta take the party line, and greet gg's work with praise and admiration? You'll know soon enough.

I’m Not Here, published by Koyama Press, is the latest of gg’s otherworldly stories. Like all of her work, it seems heavily inspired by film, especially French New Wave cinema. And, like all of her work, it deserves and requires multiple, attentive reads. (I should note: if you’re the kind of person who cares about spoilers, I would advise you to buy the book and stop reading the review right here.)

Due to yesterday's technical issues, I'd point you to our collection of The Best Comics of 2017, which went up later than anticipated. I have a lot of affection for these sorts of omnibus collections of lists, and the Journal has a history of putting quite a few good ones together. That being said, I also have the undying fondness for lists constructed by brute force compromise amongst hysterically passionate people with very specific points of view, and what a tremendous disappointment it has been this past month to see all the other publications take what is, in essence, the easier softer way of list after list after list of individual tastes and timing. Make everybody talk to each other, I say! You think Tom King's Mister Miracle is better than Emil Ferris? Well shit man: I would love to hear that conversation. God, I'd like to just live in a world where that conversation would realistically happen, where a person who is fully in love with Mister Miracle #1 would be willing to debate with somebody who thinks My Favorite Thing Is Monsters without either one of them getting all worked up about it on a personal level. (And yes, I know there's some rinkydink podcasts out there where they talk about every single comic related thing that came out, but I'm not interested in the opinions of hyperconsumptive bozos who "read everything" any more than I am interested in the writings of people who feel the need to tell you the word count all the time.)

That being said, I don't know how to get what I want besides doing it on a podcast, where it could be an actual conversation, and God knows the world needs fewer of those. It's a great indicator, those kinds of conversations--do you really like something, and why do you like it? What do you think it's doing well? How long can that dog run, and how far? Being forced to talk about that to an audience who is going to catch your prejudices and question your basic assumptions, as opposed to the hyperbole one-upping that occurs when you're preaching to a choir--those conversations are how one can get to the meat of an individual's appreciation in a way that the more breezy echo chamber rarely can. It's also diametrically opposed to the way most of the conversations I see myself having on social media, where I tend to focus more heavily on the disagreements I have with people--one tends to find a lot of commonality when a conversation is actually that, instead of the simulacrum of it approached online. 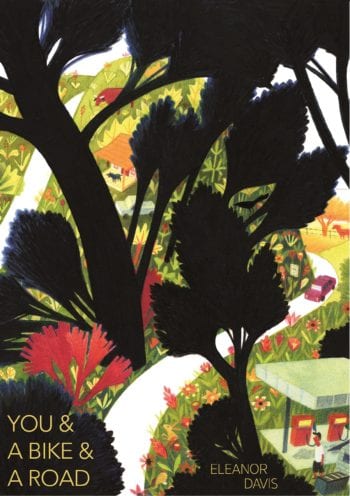 Oh well. My favorite comic I read this year was You & A Bike & A Road by Eleanor Davis, which I fell in love immediately after I read it and have gone back to multiple times this year. I find myself in various seasons of reading comics--my time writing for ComiXology and my own blog, when I felt an obligation to "keep up" with everything; my time in retail, when I felt I needed to "know" what was going on with single issue comics and trendsetting young artists to keep up with my customers and what they needed; my time in publishing, when I basically only read the books I worked directly on or that I was gifted by friends, so as to keep some of my life completely clear of comics. Eleanor's book comes from the tail end of that season, when I tended towards comics that would be a quiet respite from the books I worked on, from the online world that never seemed to stop making noise, and I identified with the way Davis used her bike trip to parcel out her life, to reclaim. The masochism of knee pain, the struggle to know when enough is enough, the rawness of being a powerless witness to suffering--these are all moments I can relate to emotionally, but there's something far deeper in Eleanor's actual cartooning that makes the book so impactful. It's something I have struggled to put my finger on, which is part of the reason I carried my copy with me from place to place, train to plane. Is it that the confidence of the line, the way it all seems so Steinbergian perfect? The way a smile or a tear verges on cartoonish exaggeration but always stops before it could go too far? Is it something more base, something where a part of me stupidly believes that I could put my feelings on the page the way she does, if I just would let myself go?

I don't know what it is in that book. It hurls you into the road, batters you with moments and emotions and time, most of all, it batters you with a constant reminder of the passage of time, and then it slaughters you with love, and then it ends too soon. It's such a lovely book. I read quite a few other things this year that were good, a few that were great, a handful that were total horseshit, a bunch of '80s super-hero comics, but that was the one I fell for. 2018 has a tough bar to clear. 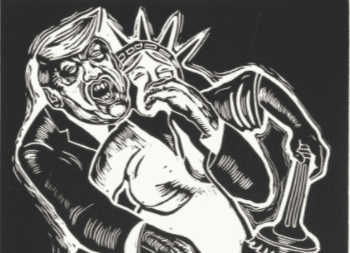