My recollection of the "debate" with Harvey Pekar recently posted here was that I made an ass of myself, and I am sufficiently confident of my memory that I really can't bear to look. I consider it an object lesson in the dangers of excessive ego involvement in an argument. I committed myself to several positions that I realized were ill-advised, but rather than pulling back on them I doubled down. On top of that I was in a savage mood generally, for reasons that had nothing to do with Harvey Pekar or his ideas. It had to do with a premature return to the world of dreary but remunerative work after a couple of years of working at a fun job with Fantagraphics, due to some very poor decisions I had made. In retrospect my performance in this conflict reminds me of nothing so much as that fight where Mike Tyson got frustrated and bit a piece of his opponent's ear off.

First and foremost I think I was totally out of line in questioning Pekar's good faith. It's an odd thing, when someone who is not an artist presumes to write criticism he is criticized for finding fault in something he could not do himself, and is accused of acting out of jealousy of artists. When an artist presumes to write criticism, he is criticized for having negative opinions about people who are better artists than he is, and is accused of being jealous of their success. The injustice is that under this reasoning an artist has less of a privilege of expressing an opinion on a work of art than someone who is incapable of producing one. Besides, criticizing someone else's criticism is a mug's game. You make the best case you can for your point of view about the work of art directly, and if it doesn't stand up against someone else's opinion that's on you. It is even more of a mug's game when you are on the side of the overwhelming consensus, and the critic you are criticizing is expressing an eccentric dissent.

The artist's perspective is in a certain sense however a distorting lens. To be an artist is to put a theory of how art ought to be made into practice. Your judgment of other works of art is going to be colored by a notion of how art is to be made that is personal or idiosyncratic. Thus artists will often express opinions on the work of quite accomplished fellow artists that is shockingly harsh. An artist like Pekar, who was committed to a rather extreme ethic of naturalism, could honestly form a negative opinion of artists who use fanciful devices or the strategies of entertainment, and believe such artists were being praised unjustly. Such criticism can be wrongheaded or narrow-minded while still being a genuine aesthetic response, and an original perspective.

For a long time before this contretemps I had found Pekar's criticism to be superficial and poorly founded, and had thought that if I ever got into a debate with him I'd make mincemeat out of him. As those of you who have read the exchange will note, mincemeat was not made, though it could be said that a hash was. At one point I actually try to out-high hat him, which was just bullshit. If you were in an argument with Harvey Pekar and were interested in "winning", meretricious as that goal is, what you wanted to do was position yourself as the reasonable guy. Such thoughts might not occur to you if you're suffering some masculinized equivalent of PMS, and don't quite realize you're being unreasonable. (Ask yourself if a masculinized version of PMS would be less virulent then the genuine article.) I was particularly impressed that he actually went out and read The Lost Steps. I imagine it's possible that he just skimmed a few pages until he found something that seemed to contradict what I said, but I like to think he read the whole thing. (It's a good book. I wish I myself had read it a little more recently when I referred to it.) As I recall the main reason I abandoned the argument was that Gary Groth had told me that Art Spiegelman was unhappy with the way I was defending his work.

My second biggest error was in going all-in to defend an ill-conceived offhand remark I made regarding Polish anti-Semitism. The proper answer to Pekar's criticism of making the Polish characters in Maus pigs would have been to concede that of course pigs as symbols have a highly negative connotation, but that it is clear from the context of the book and the way characters are portrayed that this isn't Spiegelman's intention. I had a hard time believing at the time that the offense Pekar was taking was anything but a put-up job, but you know, people do get touchy when they been poked a lot. If you are as I am the kind of Italian American who takes a perverse pride in his ethnicity's association with organized crime -- if you were in fact disappointed when you learned that Italians were actually not any more prominent in that field than many other ethnicities, but had merely captured the imagination of the press with the secret society mumbo-jumbo they'd brought over from the Old Country -- then you really have no equivalent of the humorous association of the Polish people with poor hygiene. To be sure there is the image of the greasy wop buried somewhere in the library of stereotypes, but the Italian in popular entertainment is as likely as not to be a sex symbol.

It's not so much that Pekar was so brilliant in debate as that he was utterly tenacious in holding to his most absurd positions, and those absurd positions were seldom without at least some sort of basis. For instance, it is as ridiculous to argue that Animal Farm isn't about the Soviet Union as to argue that Citizen Kane isn't based on William Randolph Hearst, but it is true that Orwell would argue almost to his deathbed that capitalism was no better than communism. His main purpose in writing Animal Farm was not to join in Churchill's Iron Curtain defense but to fight for the soul of socialism. I don't know if people fully understand the appeal of Stalin. From Spartacus to the Paris Commune popular revolution followed a similar pattern. With the ruling classes in disarray, the revolutionaries roll up early victories, until they come to a point of indecision. Do they press the offensive? Do they negotiate? As the revolutionaries are having trouble deciding what they want to do, the ruling classes have united and they know exactly what they want to do: Kill the revolutionaries. The revolution ends soon afterwards. What Stalin represented was a revolutionary leader who could break this pattern by being as hard, mean and ruthless as the bosses themselves. He was not fully repudiated on the socialist left until Khrushchev denounced him. My particular idiocy was to go over and over an argument the reader almost certainly agreed with in a futile attempt to make Pekar admit he was wrong.

If there's one thing I wish I would have stayed in the argument to take issue with it was Pekar's use of the introductions to interviews I'd written for the book The New Comics to make me look hypocritical. This was a book where I was not even the principal editor, and in which presenting my idiosyncratic personal position on each and every subject was simply not my brief. Rather, it was to present a best case scenario. My opinion of Pekar's comics is similar to David Hajdu's. I think they can be good when he has a good artist and when he's writing about something interesting, like the sideline he had in selling used records on his hospital job. The answer to the mechanistic plotting and bootless fantasy of commercial comics is not to present mundane experience shorn of any suggestion of drama but to create genuine stories that arise out of character. What I came to appreciate later on was Pekar's importance in setting the stage for the art comics renaissance in the 1980s, in which his importance is in some ways similar to that of Robert Crumb in the first wave of underground comics. I've written about this a number of times since. 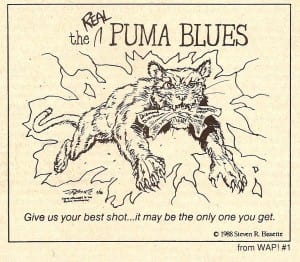 Only One You Get 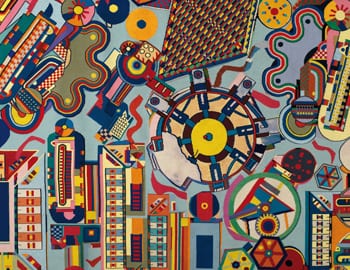