Good morning. First things first: The Strand has posted video of the Comics Journal panel that was held there on April 8th, in which Dan and I asked Gary Groth and Kim Deitch various questions. Here is part one:

Parts two through four (and related Strandicon videos) can be found here.

Lots of new stuff on the site. First, the latest installment of Frank Santoro's pretty amazing Layout Workbook series went up yesterday. If you haven't been following along, and are either an artist or anyone else interested in the formal side of cartooning, I couldn't more strongly recommend going back and starting from the beginning.

This morning, Ken Parille brings us a new interview with Ivan Brunetti, whose cult classic textbook Cartooning: Philosophy and Practice has just been republished.

Finally, Pascal Girard has graciously agreed to be the latest artist to contribute a "Cartoonist's Diary" to the site, and today brings his debut post. (This is the first delivered in cartoon form.)

It's been a tough day on the New Jersey Turnpike, so let's go to other news:

Tokyopop is closing down its manga line. Not long ago, this company and others like it were sometimes pointed to as the future of comics publishing. I suppose they still might be.

Which reminds me: By way of reviewing an excellent history of Italian comics, Craig Fischer points to one of the more lackluster categories of Eisner nominations. Whether or not you agree that it makes sense to add an academic writing award, good work is definitely going overlooked. 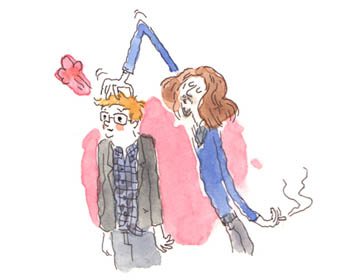 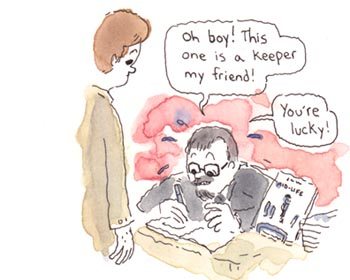