Hey it's Ryan Holmberg to bring you your weekend reading -- a look at pro-nuclear manga of the 1970s and 80s. Here's a bit:

What I want to look at here, however, is the pro side, the manga that said that the atom is good, that it is clean, that it is wonderful, that it is necessary and desirable. I am not (at least not in this article) thinking about the grey zone, people like Tezuka Osamu in the era of Tetsuwan Atomu, who embraced the atom as an energy source while fearing its military applications. This article is instead about black and white, about pens-for-hire and propaganda. Many manga pamphlets and manga books were produced by the government and the power industry to combat rising anti-nuclear sentiments, but here I focus on newspaper ads in manga and manga-esque form, which presumably, because of the high print-run of their venues, reached the most people.

Such blatant pronuclear material abounded while Katsumata made his anti-nuclear work in the 80s and 90s, so for me the present essay is helpful as an exercise in exploring Fukushima Devil Fish’s verso. I will update this essay as I learn more about the history and issues (so if you notice errors, please say so). Were it not for 2011, such manga propaganda would be thriving today. With plants now coming back online, perhaps there will be a renaissance in pronuclear manga as well. Using manga to dispel concerns about radiation and contamination has kept the genre alive in the meantime.

This issue of Batman by Frank Robbins is like Munch doing comics if he'd lived into the 1970s and fallen on good times. 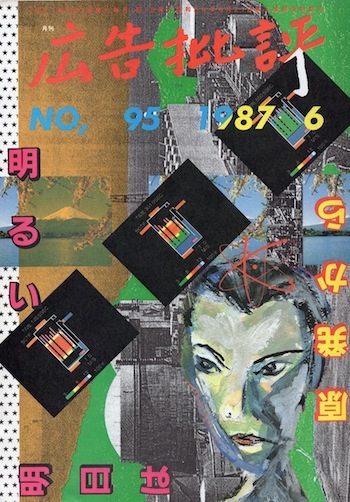 Pro-Nuclear Manga: The Seventies and Eighties 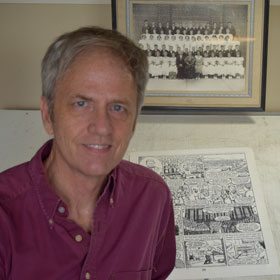 The Last Underground Cartoonist?: A Q&A with Robert Triptow