Well, folks, we're starting to close things out for the year here, but we've still got a few items in store for your 2011 reading year.

This morning, we present the great and inimitable Bob Levin's reflections on the one-of-a-kind "lost" anthology The Someday Funnies, which it probably wouldn't be too much to say he had some part in bringing to print, if only for revitalizing interest in the book through his great piece,“How Michel Chouquette (Almost) Assembled the Most Stupendous Comic Book in the World”, which you may remember from TCJ issue 299. Here, from Levin's new piece, is a brief explanation of just what he means by stupendous:

In 2004, it was suggested I write about Michel Choquette and The Someday Funnies, a veritable Lost Dutchman’s lode of comic history. The story, as it had come down over three decades, was that Choquette had been commissioned in December 1970 to produce a 20-page cartoon history of the 1960s for the May issue of Rolling Stone, and that he had tuned that into a contemplated several hundred-page book on which he spent nine years, receiving in the process contributions from William Burroughs, Salvador Dali, Stanley Kubrick, Federico Fellini, John Lennon, Frank Zappa, Jean-Paul Sartre, and Tom Wolfe, while squandering so many advances from so many competing publishers that he had made publication impossible. Then, the story spreaders said, he and the art he had collected vanished.

Our other offering this morning is my co-editor Dan's review of the same book.

Out of the Past 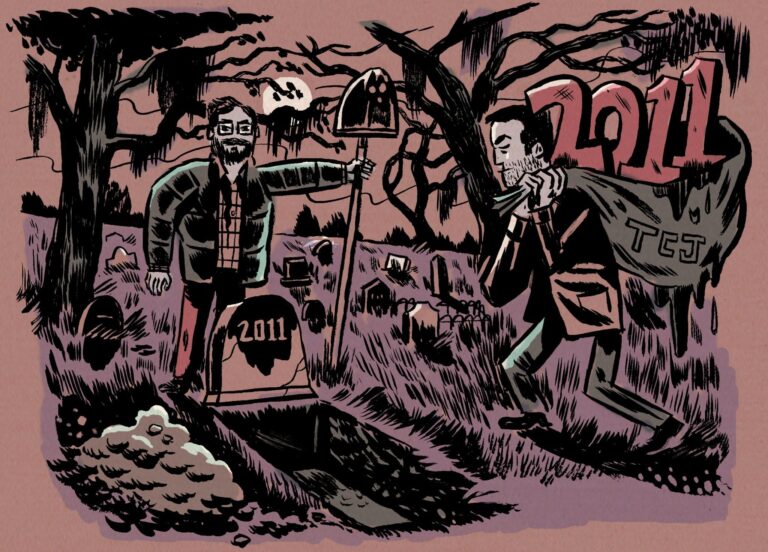