[Gary] Groth and Michael Catron had formed Fantagraphics in late 1974 and had begun editing and publishing The Comics Journal out of Groth’s apartment in College Park, Md., in 1976.

“Within a few weeks of [Thompson’s] arrival,” Groth said, “he came over to our ‘office’ — which was the spare bedroom of my apartment. It was a fan-to-fan visit. Kim loved the energy around the Journal and the whole idea of a magazine devoted to writing about comics and asked if he could help. We needed all the help we could get, of course, so we gladly accepted his offer. He started to come over every day and was soon camping out on the floor. The three of us were living and breathing The Comics Journal 24 hours a day, as scary as that might sound.”

Thompson not only stepped into the breach of the ongoing workflow, he bailed the company out of the first of its occasional financial crises by turning over a $1,000 educational nest egg from his grandparents. According to Catron, “I’m sure we were up to our eyebrows in bills as usual, and he offered to tap this fund to get us out of it. I’ve never thought of it as Kim’s buy-in of the company.” He was already working for free and when he perceived that the magazine needed the money to survive, he handed it over, no strings attached.

It was soon clear that Thompson had become an integral part of the Journal and Fantagraphics. Groth said, “At some point, maybe a year after he arrived, we simply gave him a third of the company. I remember the three of us discussing it in the living room of my apartment. He was putting in as many hours as we were and was as fully involved in the magazine as we were. He was, as [Joseph] Conrad, said, one of us.”

I met Kim Thompson a few times, but mostly only knew him through e-mail, and through the many, many amazing books he edited, translated, and/or championed. For the most part, it has been a wonderfully convenient thing that Dan and I have been able to edit this site from our homes on the East Coast, but at the same time, I have always regretted not being able to work with the team at Seattle more directly, especially Kim, one of my earliest publishing heroes and someone whose wise and cant-free advice and opinion has always been extremely influential on me; even when I disagreed with him I learned a great deal from how he expressed himself. I always assumed I'd have the chance to get to know him better. Over the past couple of days, as Dan and I have been exchanging e-mails with Gary, Kristy, and others back in Seattle about how to cover Kim's passing, I kept irrationally wanting to wait and see what Kim would have to say...

Kim changed the life of everyone involved in comics for the better, in ways large and small, direct and indirect, and many tributes and remembrances to him have been published online. I am sure I have missed many, but a few that have stuck out to me include those of Blake Bell, Robert Boyd, Rob Clough, Simon Hanselmann, Charles Hatfield, Domingos Isabelinho, Jason, Chris Mautner, Heidi MacDonald, Dean Mullaney, Chris Oliveros, Ken Parille, and James Vance. This does not include the many words on Twitter and Facebook and other social media platforms, too many to sift through. It looks like Tom Spurgeon, who wrote some particularly touching words about Kim on Twitter himself, is collecting some of the most notable Twitter and Facebook entries here.

We are gathering tributes of our own to post on the site soon, as well as some of the highlights from Kim's writing for the Journal over the years. In the meantime, a few examples were published on the old incarnation of this site: Kim's excoriation of Don McGregor's Detectives, Inc., and a roundtable on translation that he participated in. I also love this e-mail debate between Kim and Gary Groth over the merits (or lack thereof) of Dilbert, which is actually very revealing about the differing, complementary attitudes that made the Kim/Gary team such a formidable and well-rounded editorial collaboration. And it makes me laugh.

By coincidence, our other offering for you today is an excerpt from Incidents in the Night, the new book by David B., one of many cartoonists who Kim helped introduce into English. His legacy lives all around us. 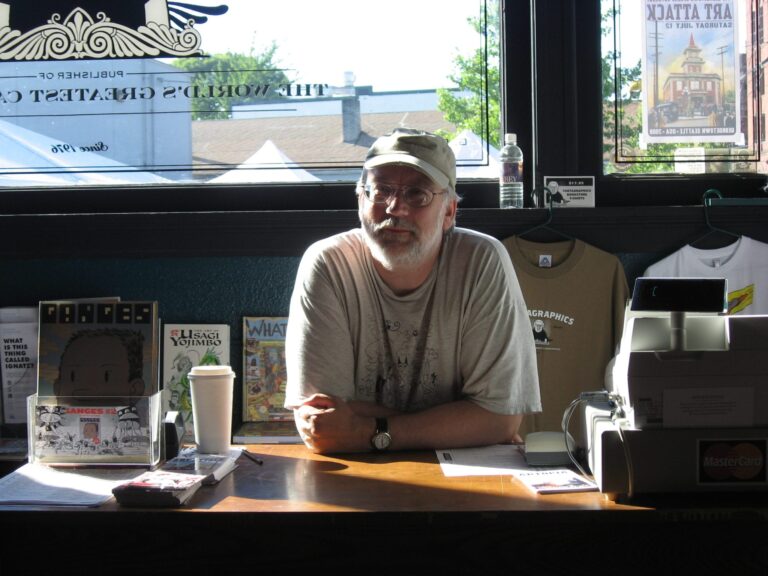 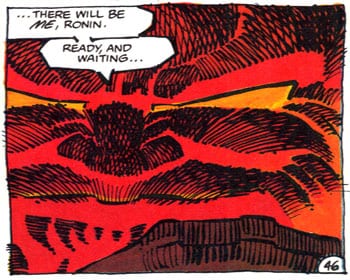 Run of the Miller