Many fundamental elements of comics constitute dialectic relationships. Dialectic means that opposite or conflicting relations that result in a new form: thesis x antithesis → synthesis.

For example, comics typically consist of words and pictures. The actions upon them, reading and seeing, are both executed by the eye. This leads to conflict and makes the relationship dialectic.

A dialectic related to reading and seeing is that between page and panel. When reading comics, first you ‘see the whole page’ and then you 'read the panel.’ Here, the page is the whole, while the panel is the part. We can see this dialectic working on the pages of Jimmy Corrigan.

One of the most intriguing aspects of comics is that it represents time and space on the same two-dimensional plane. The Jimmy Corrigan page deploys this dialectic too.

In The System of Comics, Thierry Groensteen argues that repetition and difference is the principle dialectic of comics. The same drawing — or character — appears again and again, with differences between panels, as you can see in Maria Medem’s Satori.

An alternative "difference" in the "repetition and difference" dialectic is transformation as Sammy Stein’s Sculpture shows.

Next, the original and reproduction dialectic can be seen as a conflict between mass-produced comics and fine art, which values the original singular object, or rarity. (Although comics original art has a similar market, I am more interested in the difference between the produced material and what the reader gets to see in the end at the bookstore.) Does this difference mean that comics is a “lesser” artistic medium than, say painting, because it cannot relay the artist’s intention absolutely? (My answer is "No.") Is the so-called "artist's edition" the ultimate version of comics work? (Again, "No.") What about in digital comics, where there is no difference between the original and the reproduced?

Another comics dialectic related to the fine art is representation (figuration) and abstraction. To quote Ed Halter (“A Lexicon for Paper Rad”), “Abstraction means the singling out of a limited number of features of an object while disregarding all other properties. Thus Paper Rad’s Tux Dog consists of a combination of just a few circles and curved lines—an abstracted if vernacular form. Consequently, these constituent elements may then be reconfigured into impossible shapes that can only be found in the realm of fantasy.” Cartooning is finding the balance between representation and abstraction.

Last but not least, continuity and discontinuity is one of the most critical dialectic relationships in comics. In comics, actual images are discontinuous, distinctive, and different, but the reader interprets this as a continuous action by the same character in the same space-time. For example, in the Satori page, we read the page as if the same sun is moving as time is passing; not as four different unrelated red objects in four different days in four different places. The comics reader produces continuity out of discontinuity; movement and time out of stillness; and character from an object. The comics reader is an active reader. 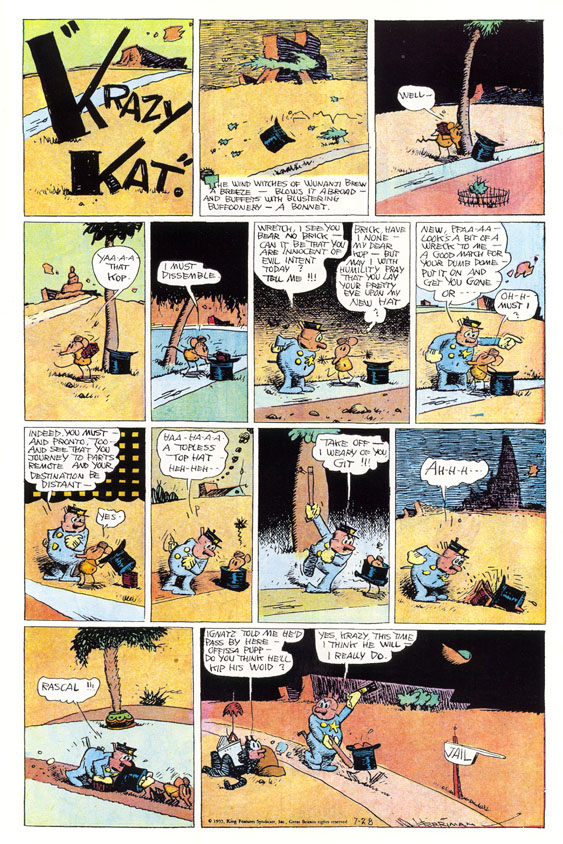 There is another intriguing dis/continuity rarely discussed in comics: If the reader perceives the continuity (i.e., same character, same space-time, or same background) in comics, she unconsciously focuses on the common factors and ignores the differences. In Krazy Kat, the background changes panel by panel, but the reader interprets the work as characters remaining in the same place, not as characters moving to different spaces panel by panel. 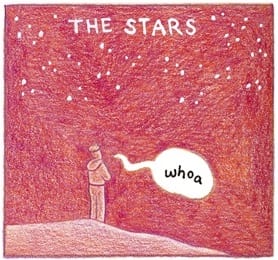 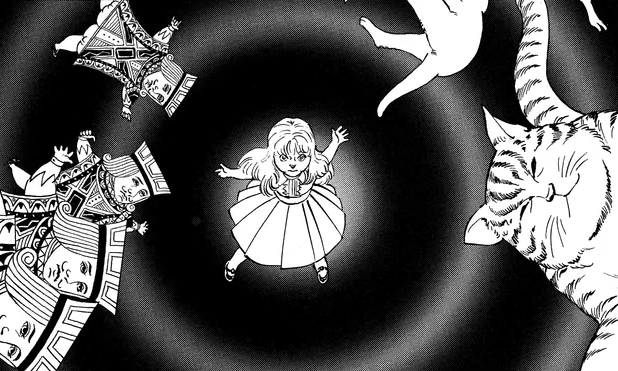