Other Flintstones References in Clowes. The story "The Truth" where the artist spray-paints cartoon characters (including Fred Flintstone) on paper napkins. "Rocky" the caveman character in Ice Haven resembles Fred, complete with orange shirt.

The Genealogy of Falling Leaves. Near the end of Mister Wonderful, Marshall and Natalie are sitting on a park bench as leaves from nearby trees flutter through the air. These leaves become foreground in the last pages of the story. The leaves are part of the mood of the ending, they suggest a wistfully happy moment, transient but worth cherishing. There is a history to those leaves. In the 1920s, Frank King used falling leaves to symbolize the tender but fleeting moments Walt and Skeezix enjoyed as they went through their ritual autumn walk through the woods. In the 1950s and 1960s, Charles Schulz and Jules Feiffer revived the use of falling leaves to evoke the melancholy passing of time. Robert Crumb parodied this trope on the cover of Arcade #3 by having a beatnik look at a lone fluttering leaf and think, “That, to me, is sheer poetry!!” It is typically of Clowes to take motif that has such a rich resonance in comics history and find a new use for it.

Moving Beyond Small Numbers. Wilson, Mister Wonderful, and The Death-Ray all feature one character on the cover. There are twelve characters on the cover of the hardcover version of Ice Haven, which is upped to thirteen characters on the cover of the paperback version. So Ice Haven really is an exception in Clowes’ body of work in that it focuses on a large community rather than a friendship or a love triangle. There are many characters in the comic and all are more or less equally weighted. Ice Haven starts to feel like a real community not just because they characters interact with each other (these encounters are, in fact, often inadequate) and not just because the town experiences the common trauma of the kidnapping of a small child but also because the geographical landscape is so well defined by recurring markers (the phallic rock, the clock tower).

Miscommunication. Since Clowes is a renowned examiner of loneliness and alienation, there are limits to how communal Ice Haven is. The story is filled with people misunderstanding each other. Charles misinterprets the loan of a book on Leopold and Loeb as a confession of guilt. Violet misreads the intentions of her lover and thinks that her step-father is spying on her (when actually her step-brother is the guilty party). Vida misconstrues Random Wilder’s throwing of her zine into the garbage (an act of jealousy not contempt). No one in Ice Haven really seems to understand anyone else.

Communication. The one act of true communication that occurs is a deeply paradoxical one. Speaking about the kidnapped David Goldberg, a young girl named Paula says, “Those kids always come back all messed up, you know? They get brainwashed by the captors so their parents don’t even know them.” As it turns out Goldberg is brainwashed but in a largely benevolent (or at least non-toxic) way: he’s memorized a poem from his captor, the frustrated wordsmith Random Wilder.

Geography. The human-built landscape is strong presence in recent Clowes. Aside from the imaginary Ice Haven there is the evocation of Hyde Park (and Chicago at large) in The Death Ray and Oakland in both Wilson and Mister Wonderful. The use of architecture in Ware and Seth gets more attention but Clowes is very careful to locate his stories in genuinely remembered or densely imagined civic spaces.

A Literary Comic. If,  the subtext of Wilson is baseball, then literature is the secret thread running through Ice Haven. I haven’t kept tract of all the literary allusions in the comic but there are references in it to Booth Tarkington, Robert Frost, William Carlos Williams, Mary Maclane, Russell Edson, and Crockett Johnson.

Would-Be Writers. Ice Haven is a book replete would-be writers hungry for an audience. Enraged by his lack of appreciation, the poet Random Wilder kidnaps a child so that at least his ransom note will be read (Random/ransom being a typical near-homonym). Wilder’s counterparts are his neighbour Ida Wentz (a more popular poet) but also Ida’s grand-daughter Vida, an aspiring writer trying to find her voice through zine writing. Surprisingly, although very different people, Wilder and Vida have some commonalities. Wilder likes to spy on his neighbors and Vida likes to spy on Wilder. Both go through manic highs and lows, shifting easily from despair to exultation. Random Wilder: “She will never know such despair.” Vida: “Can you imagine my despair?” There is a funny panel on page 53 where Wilder and Vida face off. Both have their hands behind their backs. Vida is hiding her zine which she wants to give to Wilder while the pompous poet is hiding a stolen newspaper. Other word-intoxicated characters include the Harry Naybors (who finds an audience by addressing the readers of the book) and Violet Van der Platz, a compulsive letter writer.

Naybors and Neighbors. It’s not accident that Harry Naybors is the critic who helps explain Ice Haven, a book about neighbors. Random Wilder, in a typical act of furtive spite, writes an anonymous crank letter to the family next door complaining about the noise, which ends, “And so you can see that I speak for the entire neighborhood when I call for the this ‘beat a doodle’ music to stop at once! Signed, A Neighbor.” As Wilder explains, “An anonymous note speaks for everyone.” Through his windbaggy Sandburgian verse, Wilder hopes to be the voice and poet laureate of Ice Haven. The upshot is that Wilder does indeed achieve the artistic goal of unifying the community but not through any love at his poetry but rather in the widely shared relief at the safe return of David Goldberg.

The Russell Edson Fan Club. Enid Coleslaw had a copy of Russell Edson’s The Very Thing That Happens on her bookshelf. Vida is also an Edson admirer and sends him a fan letter. Possibly related fact: the poet Edson is the son of cartoonist Gus Edson, who worked on the Gumps and Dondi.

The legacy of Barnaby. Vida is also a Crockett Johnson fan, a fact that is easy enough to connect to Clowes’ oft-stated fondness for Barnaby. The deeper connection to Barnaby comes in the episodes showing hyper-articulate kids like Charles talking about their angst and sexual frustrations. These episodes owe something to Schulz’s Peanuts, of course, but Johnson is also an influence.

An Ice Haven Mystery. On page 33 Vida and her grandmother are sitting on a coach. The second panel on the page shows what looks like a TV screen with a man seated next to a woman in bed. The two characters look quite a bit like Mr and Mrs. Ames. In fact, later in the book there are scenes where Mr Ames sits by the side of the bed his wife lies in. Why would the couple be on TV? Is it possible that Mr. and Mrs. Ames are not detectives investigating a case in Ice Haven but are figments of Vida’s imagination? But that possibility opens up too many other doors, so that it’s hard to know what in the story is supposed to take place and what is simply Vida fantasizing about her neighbors. The book in effect would become like Pale Fire, an endless funhouse mirror of unreality. Any thoughts by readers on this mysterious panel would be appreciated. 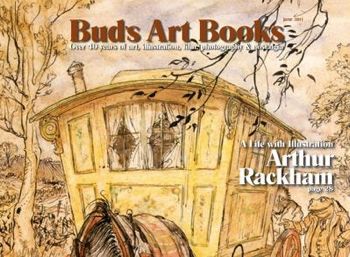 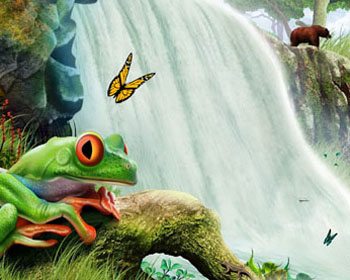