As unionization efforts sweep across various entertainment and publishing industries, workers in the comics industry have joined the fight to get organized. At the end of May, Comic Book Workers United, a cohort of full-time workers employed by Image Comics, announced that they had set a date for the first round of contract bargaining, following a successful election in January.

May also brought the announcement that workers at Seven Seas Entertainment, a Los Angeles-based publisher of English-translated manga, had formed United Workers of Seven Seas (UW7S), seeking to form a union of their own. Seven Seas refused to voluntarily recognize the union, and filings with the National Labor Relations Board revealed that the company was represented by Ogletree, Deakins, Nash, Smoak & Stewart, P.C., a labor and employment firm known for management advocacy. On June 6, UW7S stated on its Twitter account that "[w]e have received the statement of position from Seven Seas and Ogletree Deakins. They have contested the eligibility of twelve people in our bargaining unit, two of whom we already acknowledged as ineligible."

UW7S: Throughout the ongoing COVID-19 pandemic, animation, gaming, and publishing have all experienced rapid growth. Workloads increased, wages stagnated, and in some cases benefits were slashed and people were furloughed. Individual employees are required to wear more hats than ever.

At Seven Seas Entertainment we never received basic benefits such as healthcare or 401ks in the first place. Even with the staff roster going from 10 full-time employees in 2018 to over 40 today, we are stretched to our limit trying to keep up with the volume of work.

Like workers in every sector of the entertainment industry, we are burnt out, and unfulfilled promises of “imminent” benefits have worn thin. We formed United Workers of Seven Seas (UW7S) because we know a better future is possible for Seven Seas Entertainment, and we believe that a democratic voice at work will empower us to negotiate for equitable pay, benefits, and improved working conditions.

Can you offer those unfamiliar with these processes some insight into how far along you are in your effort for unionization?

We spent five months organizing our bargaining unit before going public. This involved careful planning, numerous meetings with our CWA rep, and a lot of spreadsheets! We arranged private chat spaces, hired artist Revel Guts to design our logo, and built our website during that time. Once we had a confirmed supermajority of supporters who had signed union cards, we announced our union to Seven Seas Entertainment leadership on May 23, 2022, asking them to voluntarily recognize our union. We also launched our social media campaign.

Now, since Seven Seas Entertainment has refused to voluntarily recognize our union (and hired legal counsel from Ogletree Deakins, a prominent union-busting firm), we are proceeding to election with the NLRB. We anticipate the election will take place somewhere from four to twelve weeks from now. In the meantime lawyers from CWA and Ogletree Deakins will discuss the terms of the election with the NLRB, including who exactly is eligible for union membership. Of course, we are hoping for a swift election and commitment from Seven Seas Entertainment leadership to work with us in good faith.

Can you speak at all to specific inciting events that pushed your group into taking action?

For the protection of the people involved, we would prefer not to comment on that at this time.

Based on your stated goals, it seems like a lot of what you are asking for comes down to a desire for clarity of expectations, consistency of processes, and criteria for success. It sounds like your working conditions involve a lot of unnecessarily unknown variables. Is this a fair assessment?

Yes, that’s fair. While some of this has come to be as a result of processes failing to scale gracefully amongst exploding growth, UW7S firmly believes that such issues should be addressed now for the good of the company, its employees, and our readers.

Another of your stated goals is the elimination of “permalancing,” which I took to mean the practice of hiring workers via outside “temp” firms and keeping the worker in that status, rather than hiring them on as a full-fledged employee of Seven Seas. Is my understanding accurate? Can you describe how this effects these workers? What is the rationale, as you understand it, behind these practices?

“Permalancing” is the practice of depending on someone technically classified as a freelancer to work full-time (or more than full-time). A permalancer is generally expected to be available during office hours and to perform duties equal to or greater than those of full-time staff. They receive no benefits or protections. Since the full-time employees of Seven Seas Entertainment likewise receive no benefits or protections, the only difference between a permalancer and an employee at the company is how their wages are processed by accounting. A permalancer is responsible for filing self-employment taxes, for example.

We are not able to speak to the rationale behind permalancing practices, as none of the members of the bargaining unit have hiring/firing power.

Can you describe what “crunch” looks like with your jobs? What kind of hours are you keeping during crunch time? Is crunch seasonal? Monthly? Weekly?

We don’t experience the same types of crunch patterns that manifest in, say, the video game industry - our “crunch” is a constant flux of scrambling to mitigate problems that arise due to a lack of support for our administrators, general disorganization stemming from processes that haven’t upscaled effectively, and an expectation that staff be available at all hours to address issues. This results in staff working unpredictable late nights and weekends, and it makes taking vacation or sick days difficult. UW7S hopes to work together with Seven Seas Entertainment leadership to address the root causes of crunch, as we believe that when employees are better cared for and processes work well, we can perform at peak efficiency and produce better books for our readers.

Was it clear from the beginning who would be eligible for unionization?

Certain members of our bargaining unit had to be cleared by CWA’s legal team due to having unclear job descriptions or undefined roles, but we are confident that everyone who has signed a card is eligible for the union.

What kind of jobs do those within your bargaining unit perform?

Our bargaining unit includes editors, prepress technicians, designers, and administrators, among other roles. We perform a vast array of different functions within the company, and this has allowed us to put our heads together to really think about how the status quo can be improved.

Is your effort similar to Comic Book Workers United, in that freelancers are not eligible for inclusion due to their employment status?

Unfortunately, due to the fact United Workers of Seven Seas Entertainment has been established in the US and US labor laws prohibit freelancers from joining the union, that is correct. However, our demands include increased freelancer protections such as better pay, a transparent wage scale, and fair contracts. Additionally, everyone who works at Seven Seas Entertainment, including not just freelancers but also our international coworkers, will benefit from demands regarding clearer processes, for example. The labor of our freelance and international colleagues is critical to Seven Seas Entertainment’s success and even though there are legal barriers affecting what UW7S can achieve for them, we intend to do everything we can on their behalf.

Jobs within industries like comics, games, and animation are coveted. Can you describe the process of disavowing yourselves of the notion that unsatisfactory or unfulfilling working conditions were the price of admission to work in the comics industry?

At the end of the day, a job is still a job. We deserve fair compensation for a fair day’s work, the same as anybody else. No one should be denied a living wage or healthcare or a reasonable work/life balance because of passion exploitation, no matter the industry. Employers are not entitled to free labor!

How much industry experience does your bargaining unit have?

We have industry veterans of decades, people for whom this is their first industry job, and everything in between.

Do you think the size of your bargaining unit was particularly advantageous or disadvantageous in this process?

Advantageous, definitely. We have a nearly 80% supermajority of eligible full-time staff who have signed cards and support our union, and we do not expect this percentage to change before we vote with the NLRB.

Can you describe what your initial outreach to CWA looked like? What kind of response did you get?

One of our committee members used the outreach form on the CODE-CWA website. They emailed us back to thank us for filling out the form and connected us with a representative to help us get organized. It was incredibly straightforward.

Being an English-language manga publisher, do you think the mores and customs of Japanese work life have informed expectations and working conditions at your jobs?

Our current working conditions are those of a company that has expanded dramatically in the past few years without infrastructure in place to support new staff and processes. We don’t believe that the situation has anything to do with Japanese work culture.

Can you describe the atmosphere at Seven Seas since your announcement, both among your bargaining unit and as it relates to the wider company? Can you speak at all to reactions of those creators with whom you work?

Fortunately, the day-to-day at the office has been business as usual. We can’t speak to the reactions of any creators or licensors with whom we work in the interest of protecting their privacy, but the public support and enthusiasm for our campaign on social media has been heartening! 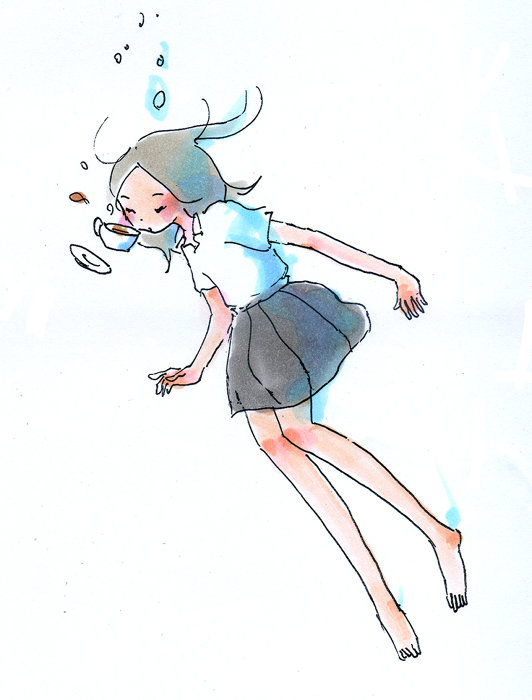 The Enigmatic, The Essential… Kyo Machiko 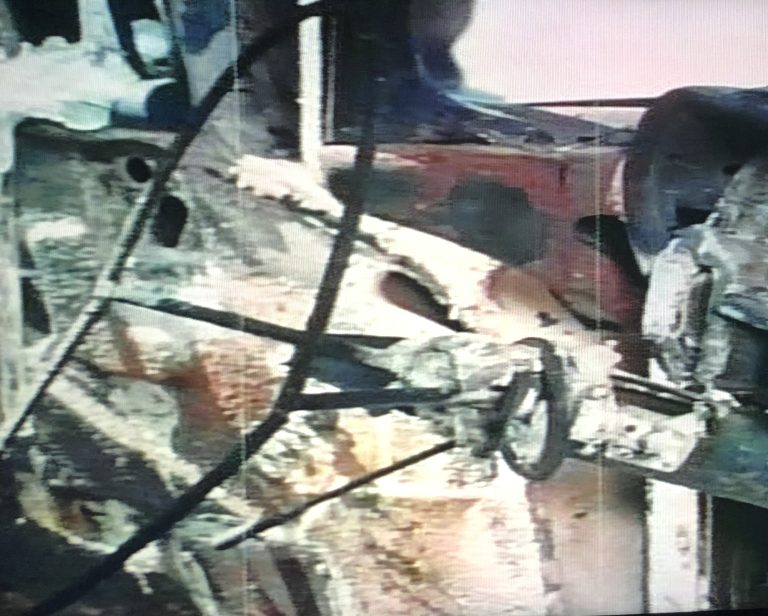