Frank's back with a good think piece about Herriman and history, with a grumpy cameo by yours truly.

Many links today. At the top of it all is the ongoing controversy around the Angouleme Festival's all-male Grand Prix nomination list. Bart Beaty has a good summation and following Jessica Abel's feeds on Twitter and Facebook is a good way to get updates. Not much for me to say in the way of commentary other than being glad that so many cartoonists have boycotted the prize. It looks like the festival will add female names to the list now, but somewhat grudgingly. It's a bit too little too late.

It's a brand new day! Angoulême has made the best possible decision for its Grand Prix. No list, no nominees, an open vote for the French profession to choose whoever they want. They did this twice before and the results were Goossens and then Crumb, both great choices. It will be exciting to see who emerges this year.

Charlie Hebdo marked a year since the attacks and the NY Times reports.

That Kirby essay I gave love to on Tuesday is now online.  I've seen some responses around Facebook and from Kirby "biographer" Mark Evanier, which are mostly of the "wait, what about me?" variety. Evanier's quibbles, with one exception, come down to a matter of interpretation (it's possible that the artist was influenced by his own 3-D work, just as it's possible he didn't anticipate the extent of his immortality -- no one really knows). I have sometimes found Evanier to be a useful resource over the years and he's undoubtedly been a champion of the work itself, but ironically he seems to have no real insight into Kirby's work, only anecdotes and oddly firm opinions about what Kirby would and wouldn't think (which should be an alarm bell for any reader of a biography). I also found it grimly humorous that Evanier ends his cutesy commentary with a "I welcome other voices" type thing, since he refuses access to Kirby's papers (which should really be in a proper archive) to every researcher I've ever spoken to (myself included) in the name of writing, Joe Gould-style, a prose biography. His one and only book on Kirby was a rehash of blurbs in nice large type that featured a centerfold by Alex Ross and that champion of good cartooning Neil Gaiman. Huh.

The NYPL has made a huge amount of images available online for all. 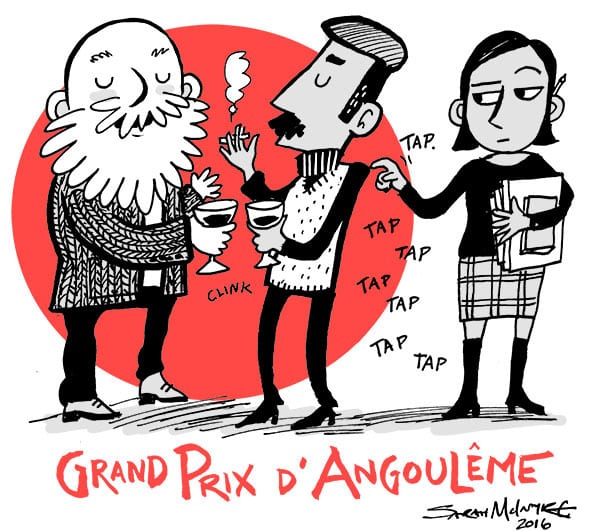