Joe McCulloch kicks of 2016 as anyone should: With comics!

The Guardian has a good new summation of the way in which Charlie Hebdo has been misrepresented.

Here's an overview of Tunisian comics.

Via Robert Boyd, here's an excellent and early article on comics as a medium from the great literary critic Leslie Fielder.

Art in America's new issue is comics-themed, with a piece by our own Ryan Holmberg and, I gotta say, having read it in draft form, the best formal analysis, in terms of contemporary and modern art, of Jack Kirby I've ever read, by the great Alexi Worth. In fact I'd say it's the first serious analysis of Kirby-the-artist that I've read. No surprise that strong writing on Kirby would come from outside of comics. I could say more, but in 2016 I'm trying to figure out (well, Tim and I both) the balance between just ignoring things rather than commenting and burning bridges (people are awfully sensitive) and just saying whatever is on my mind. Still can't decide which way to go. 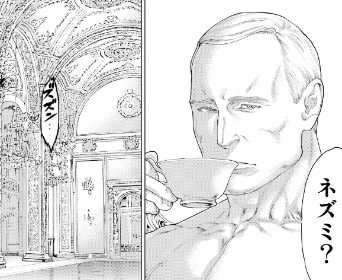