Well, Tim and I were heartened to know so many of you missed us for the 7 or 8 hours the site was down. We didn't know anyone was reading. Tim actually had me convinced that the current TCJ only appears on my screen in Brooklyn and one special, child-proof screen in New Jersey (not even in Tim's house, but just somewhere in New Jersey!). I suspected he was lying, so I feel vindicated now and maybe I'll tell my parents about this thing! They'll be so proud of my new life in comics.

Anyhow, insert your transition here, on the site today:

-Dustin Harbin: Day 2. I'm really glad to have Dustin's specific take on the Doug Wright Awards, and just glad to be working with him. The one time I went down to Heroes-Con in 2007 with Frank and Tim we really had a blast. Everyone did, including Brian Ralph, who may or may not have ever really recovered from it.

-Joe McCulloch heroically turns in yet another week in comics. The man is not human!

Oh, and what is that lead-in image, you might ask? Why it's a Neal Adams drawing from The Cartoonist's Cookbook, publishing in 1966. This tome, which has an intro from unsung early comics historian Stephen Becker, is pretty damn amazing, replete with, food memories and recipes by cartoonists famous and (now) obscure. Richard Gehr, of Know Your New Yorker Cartoonists fame, gave me a copy last night when we went to see Lee Lorenz play some damn fine jazz at Arthur's last night. Yes, this Lee Lorenz. Blows a mean coronet. 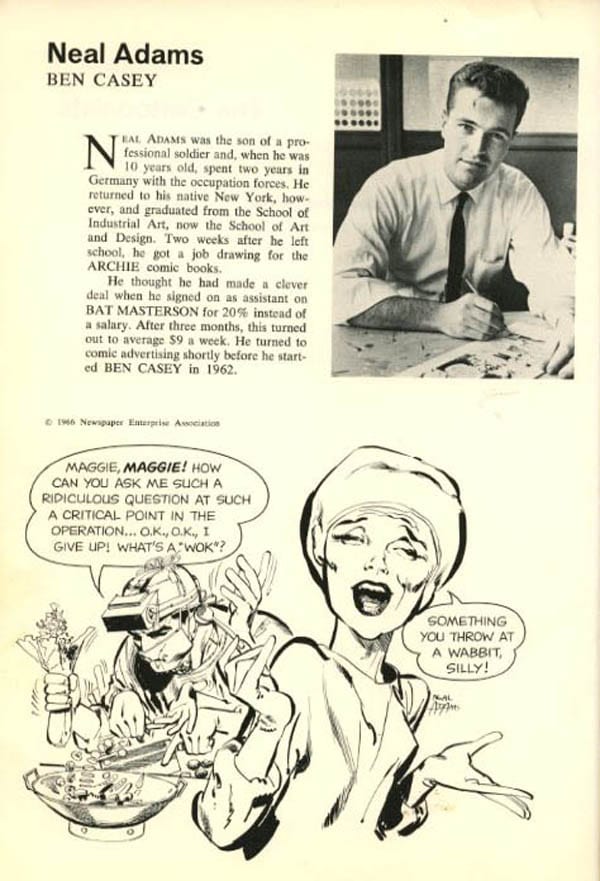 And if this is not one of the best photos of a cartoonist, ever, then... well, then I guess I'm wrong. 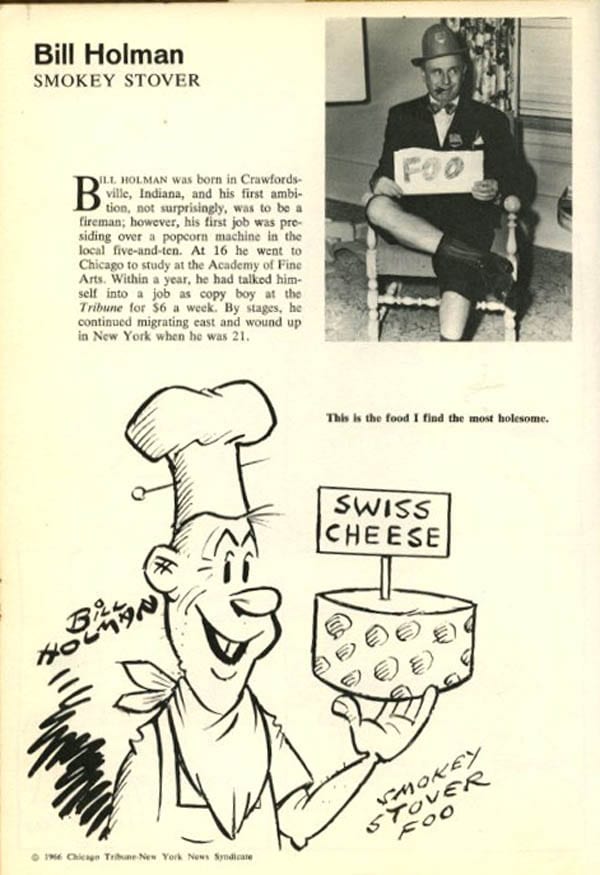 The facing page has this priceless quote: "Holman says he never did an honest day's work until he sold 96,000 gag cartoons." And: "He has a reputation about money somewhat similar to Jack Benny's". Who's Jack Benny? Oh! Min! Plop!

Tom Spurgeon has your answers regarding the out/sold out/out status of TCJ 301, not to mention our brief outage yesterday, complemented by a photo of me giving my "intense dude" stare. That's what I look like right now. OMG.

Comics Alliance has a preview and appreciation of Jacque Tardi's The Arctic Marauder.

Sean T. Collins looks into the comic/film synergy at Marvel Comics. Dapper Dan, meanwhile, is holding out hope for the Green Lantern movie. 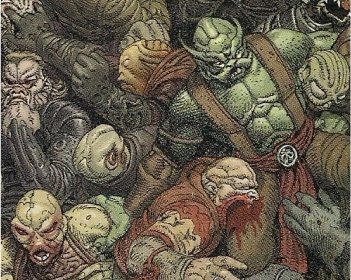 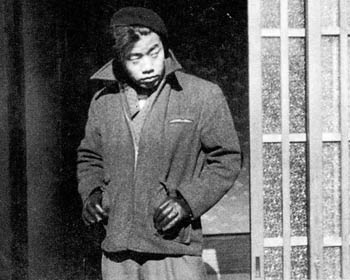 Saitō Takao and the “Gekiga Factory”