It's 2019, and you've arrived just in time for our first Cartoonist Diary of the year, from Ellen Lindner! She'll be here all week. Today, she's starting things off with a look at some idiosyncrasies that you might identify with: an ear for confusing accents, and a love of public transit.

Our review of the day comes to us from H.W. Thurston. This time around, H.W. is looking at one of the best looking books of recent memory, Roman Muradov's Vanishing Act. Are looks everything, though? Let's see what the review has to say:

To be honest, I’m still not sure whether I liked it, or whether I thought it was smart or merely clever. Part of that is due to the fact that it is often esoteric and hard to follow (I had to actually write down the story as I read it in order to keep track of what was happening)--though not in a way I take issue with, exactly. It feels deliberate. But it’s a bit like trying to decide whether or not I like Ulysses. To judge whether an obscure thing earns its obscurity, you have to find a way to clarify it in the first place.

And today, we've got another chapter in the history that was Stan Lee for you: a giant interview from a college visit, first published in an issue of The Journal published back in 1978. There's a decent amount of meat in here, but it also features a handful of very specific questions from college students...and those kinds of questions weren't any better in the late 70's than they would be now. Dig in!

EZRA GOLDSTEIN: Well, the obvious follow-up to that is, “Yeah, but is it art?”

LEE: None of us are going to live long enough to really come to any conclusions about what art is. I've been arguing that subject, or discussing it, all my life. I don't have the remotest idea, really, of what art is. I don't think that any two people have the same concept of it. Maybe the only thing you can discuss is, is it good art or bad art, and that of course is subjective also. I would say, though, and there's no way I'm going to convince anyone who disagrees, but I do feel that comic books are art, just as plays are art, and movies, and television, and sculpture and ballet and dancing are art. Maybe playing the Jew's harp and the kazoo are art. I think that anything you do that is creative is art. Whether it is good art of not depends on how well you do it. I think, for example, certainly comics presently do not enjoy the prestige of opera. But, I think there can be good comics, there can be good opera, there can be bad comics and there can be bad opera. I'd rather read a good comic than listen to a bad opera. I'd rather listen to, or see, a bad opera than read a bad comic. I think that quality is the big determination for any form of the media. I think, again, anything really can be an art, and anything virtually can be art, depending on how it's done.

And then there's this, rolling around in my head: While Aftershock has gotten off to a rough start, mostly because it uses the publishing model of taking comics writers who have been hitless for multiple years and partnering them with artists who often lack talent, energy and craft (you need at least one of the three to coast)--which, when you say it out loud, should probably just be called "the Dynamite model"--at least one of the more recent Aftershock books is as compelling as the "it's late, let's watch this" entertainment they're most similar too. That aside, their most recent advertising campaign is maybe the most embarrassing one I can remember, and I'm saying "maybe" because a more definitive answer would require looking at other advertising campaigns for the other comics publishers whose publishing model consists of trying to turn mediocre television scripts into more colorful mediocre television pitches at a rate of speed faster than comics retailers can realize they need to cut their orders. Calling the sorts of comics Aftershock publishes--which are aesthetically indistinguishable from many comics published by IDW, Image, Dynamite and whomever else there is currently churning this stuff--"dangerous" and "edgy" is only mildly less embarrassing than that IDW comic they have that talks about punk rock in a fashion that makes me feel like i'm 14, being embarrassed by my father attempting to rap at a summer camp skit night. Does no one want to age gracefully anymore? While writing this, I thought to myself that Aftershock's advertising campaign does actually do an excellent job of letting me know what the actual comics are like by calling them "dangerous" and "edgy", and by the same token it probably repulses younger people who wouldn't like those comics, so maybe it's a great idea after all. Point taken, Aftershock! Ramble #1 over.

Ramble #2: the other thing that I had to roll my eyes about was this particular news: Greg Rucka's gonna write Lois Lane? I have no allegiance to any particular portrayal of Lois Lane, although I do think that the old post-Byrne 80's/90's one depicted her pretty well as a tough, smart lady with a unique personality, and I dug the comics after she found out Clark had been lying to her for so long although that particular thread should've have run longer--but can there be a worse choice for a Lane comic? Rucka's bonafides as a guy who isn't totally gross seem to be legit, but he's got another set of bonafides, which are that the only way he has ever known how to write a powerful female character is to A) make her a drunk, B) make her a depressed, sour drunk and C) give her all the traits of a depressed, sour drunk but not depict the alcohol or depression, which means she's just angry and fucked up all the time with no convenient explanation. I guess you could count his run on Batwoman as breaking the mold, but is it really replicating the mold when you copy Bruce Wayne's backstory entirely, staple some Alice In Wonderland schtick to it, and let JH Williams draw a bunch of pinwheels? C'mon, son. There's gotta be a better way! 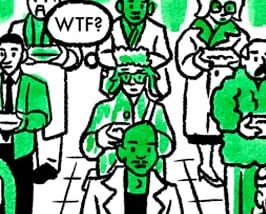 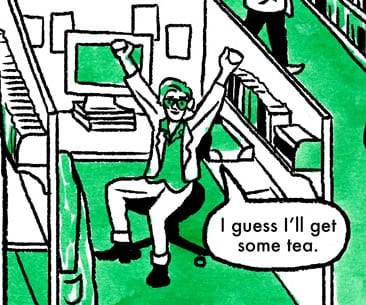