I'll bet you a a VG+ copy of Raw #3 that there's at least one cartoonist rushing to get a risograph minicomic titled "30-50 Feral Hogs" out in time for this fall's comics shows.

Well, life keeps moving forward, so let's look back at yet another week gone by:

• If you don't already have a room booked at the Bethesda Marriott for Small Press Expo, better pack your sleeping bag — the hotel that hosts the show is sold out due to all the excitement over SPX's 25th Anniversary. (Another hotel close by has vacancy, but there's "just" a five minute walk to get there. Do people not understand how heavy a tote bag full of comics gets?)

Due to unprecedented demand for our 25th anniversary show and, even after adding more room blocks than ever for each night, the Bethesda Marriott has sold out of rooms for SPX weekend. We apologize for any inconveniences this may cause.

• Jeremy Sorese was thrown onto subway tracks and severely injured. His friend has created a GoFundMe to assist with medical payments and to offset financial difficultings due to Sorese's inability to work for the foreseeable future. I've never met Jeremy but I'm a huge admirer. His work is the type that creates a rare reaction: "I've never seen anything like this before." More importantly, he's a fellow human being and could use our help.

• Comic book writer Jai Nitz has been accused of multiple sexual assaults and is now banned from the Kansas University campus. The Kansas City Star has in-depth reporting on this story, as well as the lack of criminal charges. (Ed. While this story was originally covered by a few comics outlets following the victim's initial statements at Her Campus, Bleeding Cool being the primary one, this Star article is the most detailed coverage I've seen, as well as the first that describes how pathetic the police response has been to pursuing the case.)

• This business about Rob Liefeld losing control of his Youngblood characters — Youngblood being the title that launched Image, a publishing house built entirely on the foundation of creator-owned intellectual property — is unbelievable given how careful everyone seems to be nowadays. Bleeding Cool has a summary, including Liefeld's take, as well as a follow-up with bizarre responses from Youngblood's new owner. It's a mess to untangle, and I don't want to — but The Beat did! Only in Liefeld's world.

• Oho! You thought I forgot to mention Oliver Ristau's piece on Viktor Hachmang? Just when I think I know anything about this artform, I encounter something like this and the topsy-turvies kick in hard. 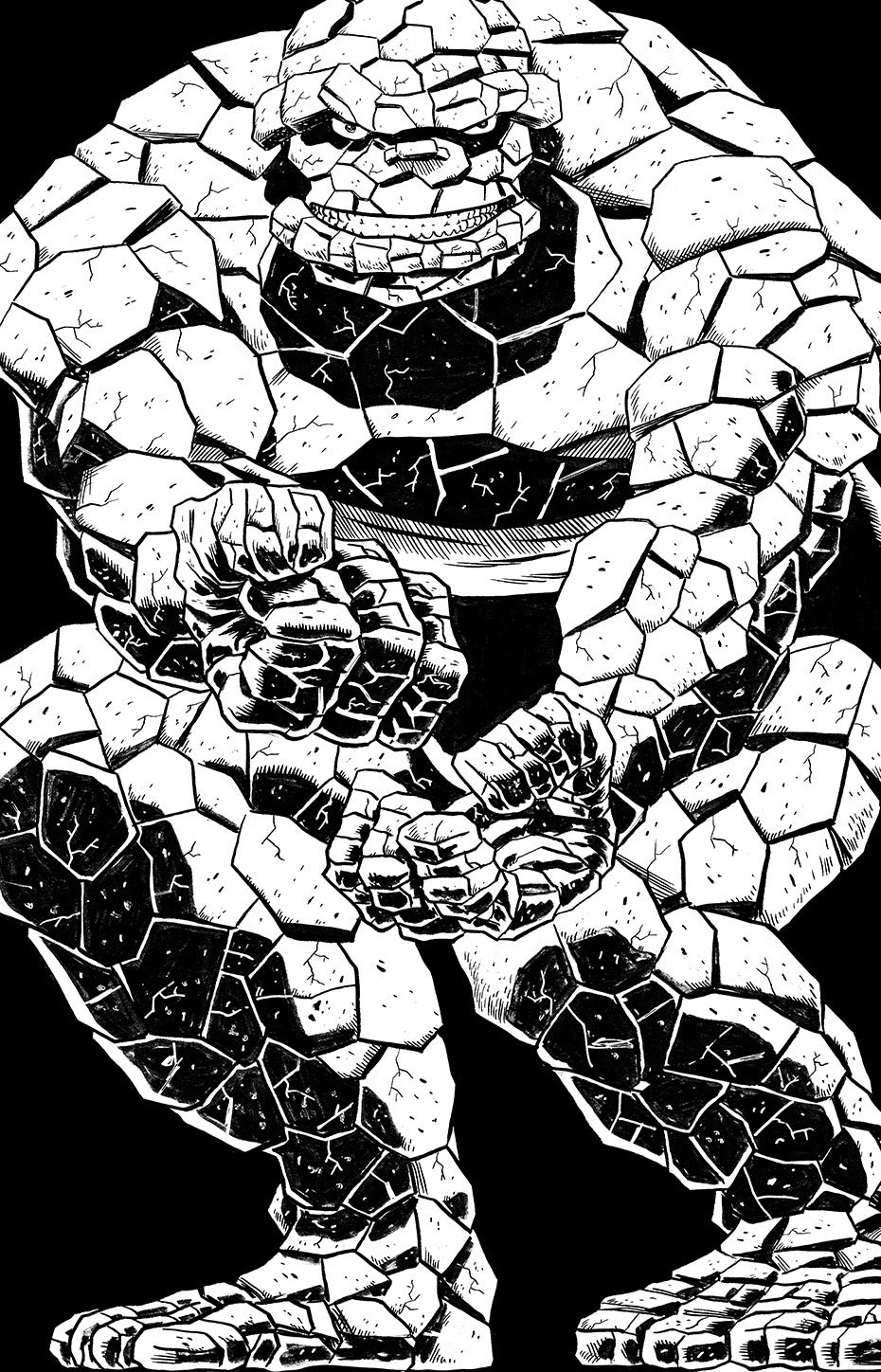 • The Virtual Memories podcast interviewed superstar comics-makers Liniers! I haven't listened to it yet! I bet it's great! He's great! The Argentinian-born cartoonist once told me a story about how he learned English so he could read  MAD Magazine.

• The Library Journal goes in on how great comics and graphic novels are, but then NPR gets all snarky about 90s comics. Hmmph! Anyhow, I like the idea of Sammy Harkham explaining Michael Kupperman's "Snake & Bacon" to the NPR audience, and that's exactly what happens.

• Have you been reading Molly Mendoza's Cartoonist Diary here on TCJ? I really enjoyed the bouncy rhythm floating through these pages. And I get a huge kick out of cartoonists mixing typeset Helvetica with hand lettering. Don't judge me!

• There are a number of jaw-inverting Maurice Sendak stage designs showcased at The Paris Review. That number would be higher, if I had my way. 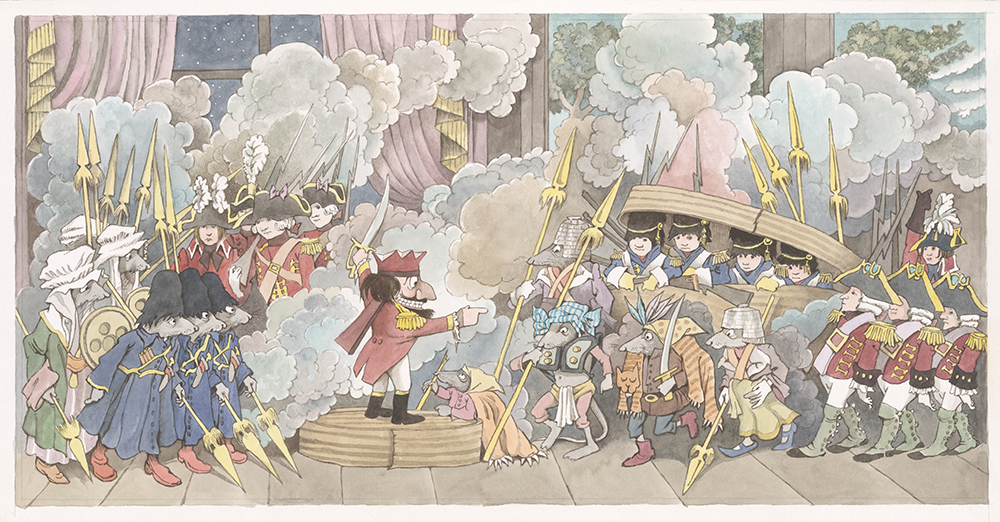 • The Beat has had its interview cap firmly in place of late, talking to Jen Bartel, Nate Cosby and Kieron Gillen.

• Broken Frontier reviewed the Indian anthology Mixtape, with a nice variety of pantomime comics in the pages previewed.

• Syfy Wire interviewed Ed Brubaker about the ideas behind his recent comic industry-set graphic novel Bad Weekend. In under three minutes, Brubaker packs in memories of early trips to San Diego Comic-Con, first encountering the work of Alex Toth, and the frustrations of veteran artists not getting their due. All web video should be this short!

• ICV2 has interviews with heavyweights about publishing plans: Mark Waid on Humanoids and a two-parter parter with DC heads Dan DiDio and Jim Lee. (Part 2 here.)

• Cartoonists in Unusual Places that Actually Make Sense I: The MPAA blog interviewed Tom Richmond about how MAD linked up with Quentin Tarantino.

• Cartoonists in Unusual Places that Actually Make Sense III: Simon Hanselmann is questioned by the American Institute of Graphic Arts.

• There will be a splendid mix of comics people appearing at the "Comics in the City" event series in San Francisco. That's the poster over there with Joey Alison Sayers at the top.

• Last week we saw some unpublished Bill Sienkiewicz Batman pages — today we got us about a third of Jim Lee's unfinished Punisher/Nick Fury graphic novel. Funny he didn't mention it to ICV2...

• Not to be outdone, Mike Lynch offers up a rare John Stanley story AND some classic George Price gags.

• Fun story here about "an oddity" from comics history that Karen Green found while going through Jerry Robinson's collection at Columbia's Rare Book & Manuscript Library, followed by something surprising (and flammable) she had to deal with in CF's anthology Burning.

• Publishers Weekly has a preview of the upcoming Forbidden Harbor by Teresa Radice and Stefano Turconi, which will be published in all its uninked, uncolored, graphite-only glory.

•Anna Haifisch is serializing "The Artist" strips in Le Monde this summer. Her 'Gram has the translations. Merci! Merci beaucoup, in fact!

• Fleen looks into C. Spike Trotman's crowdfunded death-themed anthology and how she has approached this Kickstarter from a different angle.

• Criterion Collection got a bunch of comics and comics-connected artists to include original pieces for its Godzilla-sized Godzilla box set, including Yuko Shimizu, Ronald Wimberly, Becky Cloonan, Sophie Campbell, Simon Gane, Geoff Darrow and MORE top tier names. It's like they made a list of Flanders Favorites™ and checked every box. Shimizu's cover to the set is below.

I hope your upcoming week is even half as neon pink as the roof of the big guy's mouth. 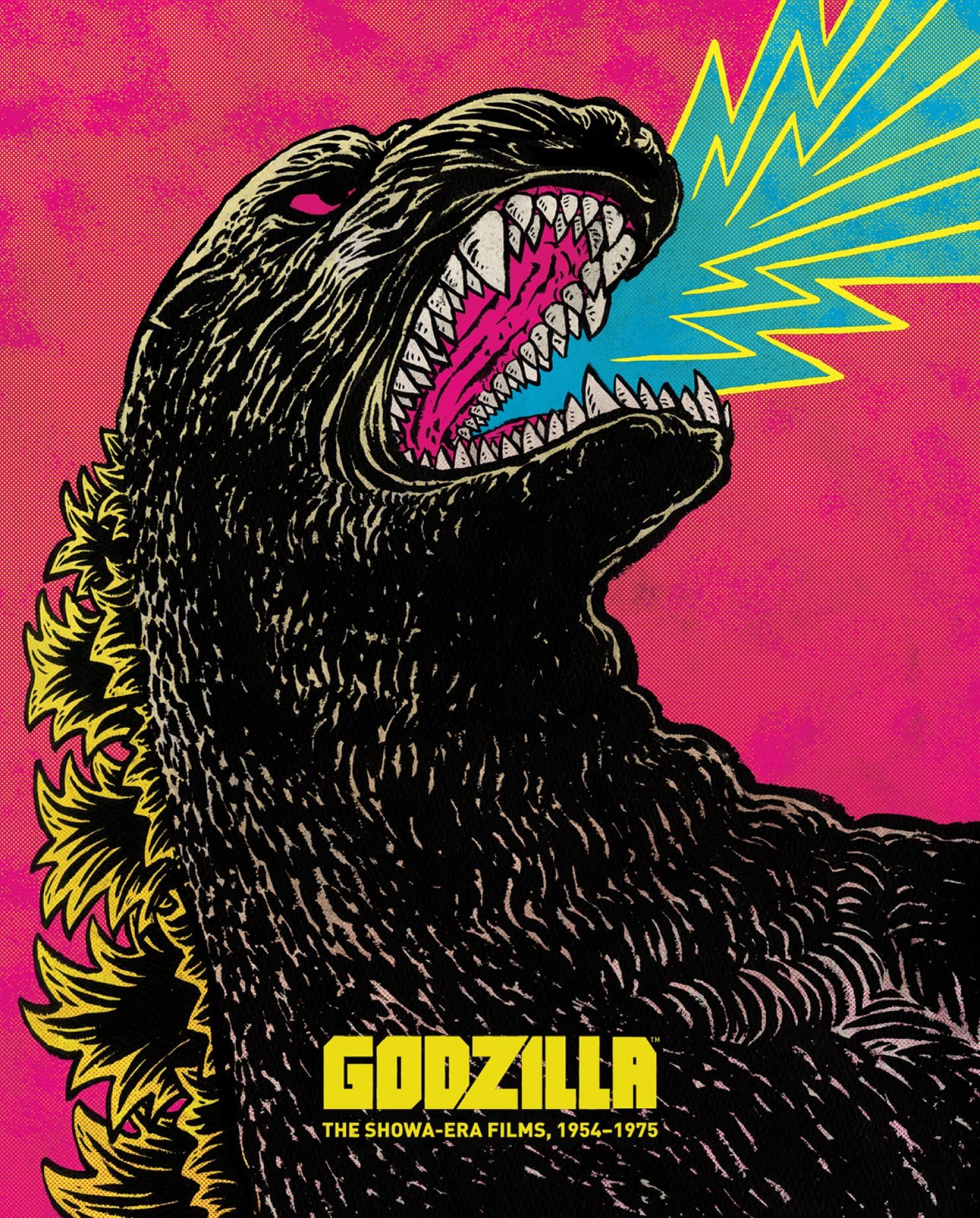